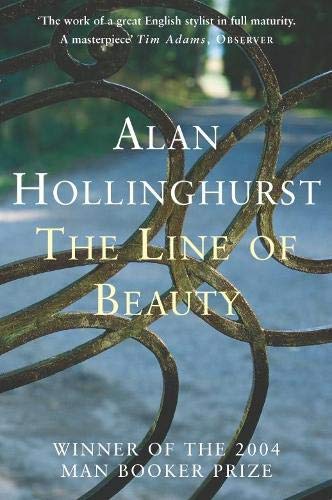 The Line of Beauty
by Alan Hollinghurst

In Stock
£5.99
Winner of the Man Booker Prize 2004, The Line of Beauty is a perfectly realized tale of our times.
Like New Very Good
Only 1 left

The Line of Beauty Summary

The Line of Beauty by Alan Hollinghurst

Winner of the Man Booker Prize, Alan Hollinghurst's The Line of Beauty is a classic novel about class, politics and sexuality in Margaret Thatcher's 1980s Britain.

It is the summer of 1983, and young Nick Guest, an innocent in the matters of politics and money, has moved into an attic room in the Notting Hill home of the Feddens: Gerald, an ambitious new Tory MP, his wealthy wife Rachel, and their children Toby and Catherine. Nick had idolized Toby at Oxford, but in his London life it will be the troubled Catherine who becomes his friend and his uneasy responsibility.

Innocent of politics and money, Nick is swept up into the Feddens' world and an era of endless possibility, all the while pursuing his own private obsession with beauty.

The Line of Beauty is Alan Hollinghurst's Man Booker Prize-winning masterpiece. It is a novel that defines a decade, exploring with peerless style a young man's collision with his own desires, and with a world he can never truly belong to.

The Line of Beauty Reviews

Luminous... [an] astonishingly Jamesian novel, a crafty, glittering, sidelong bid by a contemporary master of English prose to be considered heir to James himself. For a novel that spans only four years, 1983 to 1987, it seems to encompass a world as capacious as any in a James novel. * The Times *
There is something memorable on every page... there is much to savour in The Line of Beauty, not least its humour, a shivering yet morally exacting satire that leaves no character untouched. * Times Literary Supplement *
Superb . . . Alan Hollinghurst is in the prime of his writing life, and the immaculate rolling cadences of his new novel are right now the keenest pleasure English prose has to offer. * Daily Telegraph *
Quite simply a joy to read. It is solid and traditional, beautifully crafted. A quiet masterpiece. * Scotland on Sunday *

Alan Hollinghurst is the author of several novels including The Swimming-Pool Library, The Folding Star and The Spell. He has received the Somerset Maugham Award and the James Tait Black Memorial Prize for Fiction, and he was shortlisted for the Booker Prize in 1994. He lives in London.

GOR010492031
The Line of Beauty by Alan Hollinghurst
Alan Hollinghurst
Used - Like New
Paperback
Pan Macmillan
2005-04-01
512
0330483218
9780330483216
Winner of Man Booker Prize 2004 (UK) Short-listed for Whitbread Novel Award 2005 (UK)
Book picture is for illustrative purposes only, actual binding, cover or edition may vary.
The book has been read, but looks new. The book cover has no visible wear, and the dust jacket is included if applicable. No missing or damaged pages, no tears, possible very minimal creasing, no underlining or highlighting of text, and no writing in the margins.