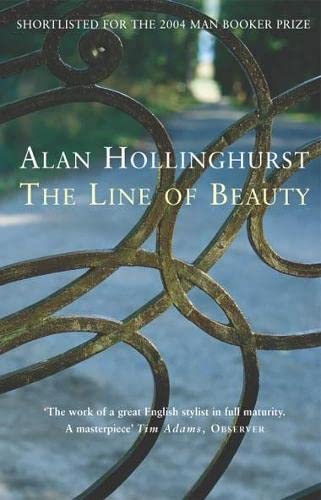 The Line of Beauty
by Alan Hollinghurst

In Stock
£5.99
From the author of The Swimming-Pool Library comes a perfectly realized evocation of a very particular world in a very particular time. Winner of the Man Booker Prize 2004.
Very Good
19 in stock

The Line of Beauty Summary

The Line of Beauty by Alan Hollinghurst

In the summer of 1983, 20-year-old Nick Guest moves into an attic room in the Notting Hill home of the Feddens: Tory MP Gerald, his wealthy wife Rachel, and their two children, Toby - whom Nick had idolized at Oxford - and Catherine, always standing at a critical angle to the family and its assumptions and ambitions.

As the Thatcher boom-years unfold, Nick, an innocent in the worlds of politics and money, finds his life altered by the rising fortunes of the glamorous family he is entangled with. Two vividly contrasting love-affairs, with a young black clerk and a Lebanese millionaire, dramatize the dangers and rewards of his own private pursuit of beauty, a pursuit as compelling to him as that of power and riches to his friends.

Starting at the moment The Swimming-Pool Library ended, The Line of Beauty traces the further history of a decade of change and tragedy. Richly textured, emotionally charged, disarmingly comic, it is a major work by one of the finest writers in the English language.

Alan Hollinghurst is the author of five novels, The Swimming-Pool Library, The Folding Star, The Spell, The Line of Beauty and The Stranger's Child. He has received the Somerset Maugham Award, the James Tait Black Memorial Prize for Fiction and the 2004 Man Booker Prize. He lives in London.

GOR000355876
The Line of Beauty by Alan Hollinghurst
Alan Hollinghurst
Used - Very Good
Hardback
Pan Macmillan
2004-01-10
512
033048320X
9780330483209
Winner of Man Booker Prize 2004 (UK) Short-listed for Whitbread Novel Award 2005 (UK)
Book picture is for illustrative purposes only, actual binding, cover or edition may vary.
This is a used book - there is no escaping the fact it has been read by someone else and it will show signs of wear and previous use. Overall we expect it to be in very good condition, but if you are not entirely satisfied please get in touch with us.