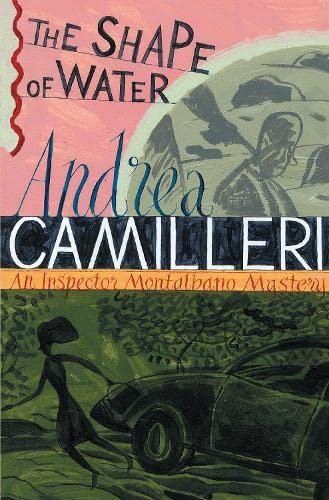 The Shape of Water
by Andrea Camilleri

In Stock
£3.99
Inspector Montalbano makes his first appearance in this bestselling, award-winning series
Like New Very Good
14 in stock

The Shape of Water Summary

The Shape of Water by Andrea Camilleri

The goats of Vigata once grazed on the trash-strewn site still known as the Pasture. Now local enterprise of a different sort flourishes: drug dealers and prostitutes of every flavour. But their discreet trade is upset when two employees of the Splendour Refuse Collection Company discover the body of engineer Silvio Luparello, one of the local movers and shakers, apparently deceased in flagrante at the Pasture. The coroner's verdict is death from natural causes - refreshingly unusual for Sicily.

But Inspector Salvo Montalbano, as honest as he is streetwise and as scathing to fools and villains as he is compassionate to their victims, is not ready to close the case - even though he's being pressured by Vigata's police chief, judge, and bishop.

Picking his way through a labyrinth of high-comedy corruption, delicious meals, vendetta firepower, and carefully planted false clues, Montalbano can be relied on, whatever the cost, to get to the heart of the matter.

The Shape of Water is followed by the second in this phenomenal series, The Terracotta Dog.

The Shape of Water Reviews

The novels of Andrea Camilleri breathe out the sense of place, the sense of humour, and the sense of despair that fills the air of Sicily. To read him is to be taken to that glorious, tortured island. * Donna Leon *

Andrea Camilleri is one of Italy's most famous contemporary writers. His books have sold over 65 million copies worldwide. He lives in Rome. The Inspector Montalbano series, which began with The Shape of Water, has been translated into thirty-two languages and was adapted for Italian television, screened on BBC4. The Potter's Field, the thirteenth book in the series, was awarded the Crime Writers' Association's International Dagger for the best crime novel translated into English. In addition to his phenomenally successful Inspector Montalbano series, he is also the author of the historical comic mysteries Hunting Season and The Brewer of Preston.

GOR001199633
The Shape of Water by Andrea Camilleri
Andrea Camilleri
Inspector Montalbano mysteries
Used - Very Good
Paperback
Pan Macmillan
2004-04-02
256
0330492861
9780330492867
N/A
Book picture is for illustrative purposes only, actual binding, cover or edition may vary.
This is a used book - there is no escaping the fact it has been read by someone else and it will show signs of wear and previous use. Overall we expect it to be in very good condition, but if you are not entirely satisfied please get in touch with us.