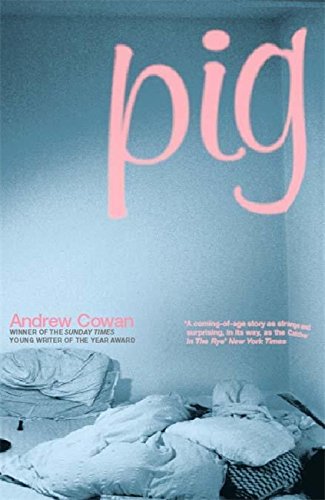 When his grandmother dies, and his grandfather is removed to a home, fifteen-year-old Danny determines to look after their elderly pig and ramshackle garden. Here, on the ragged edge of a blighted new town, Danny and his Indian girlfriend Surinder create a fragile haven from the enclosing world of racist neighbours and stifling families, a summer's refuge from the precariousness of their future.

A coming-of-age story as strange and surprising, in its way, as THE CATCHER IN THE RYE * New York Times *
Cowan's writing is reminiscent of Roddy Doyle's in his ability to recreate the intense emotions of youth. * The Good Book Guide *
A first novel of extraordinary poise and accomplishment, treating a boy's coming of age amid the squalid realities of the new British underclass with a delicacy and lyricism which is both gripping and moving * Michael Dibdin *
The detail is immaculately recorded; the effect is heartbreaking * Louisa Young, Sunday Times *
[A] wholly satisfying book, quietly beautiful and inescapably ominous * David Buckley, Observer *
Beautifully evoked ... Cowan writes with a deceptive simplicity * Amanda Craig, The Times *
A wonderful first novel * Christopher Hart, Daily Telegraph *

Andrew Cowan was born in Corby and is the author of two further novels, COMMON GROUND and CRUSTACEANS (Sceptre, 2000). He is a graduate of the University of East Anglia Creative Writing course, and lives in Norwich with the writer Lynne Bryan and their daughter.

GOR001047548
Pig by Andrew Cowan
Andrew Cowan
Used - Very Good
Paperback
Hodder & Stoughton General Division
2002-08-15
256
0340824123
9780340824122
N/A
Book picture is for illustrative purposes only, actual binding, cover or edition may vary.
This is a used book - there is no escaping the fact it has been read by someone else and it will show signs of wear and previous use. Overall we expect it to be in very good condition, but if you are not entirely satisfied please get in touch with us.