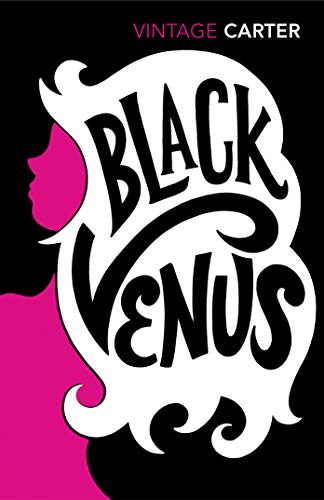 Extraordinary and diverse people inhabit this rich, ripe, occasionally raucous collection of short stories. Some are based on real people - Jeanne Duval, Baudelaire's handsome and reluctant muse who never asked to be called the Black Venus, trapped in the terminal ennui of the poet's passion, snatching at a little lifesaving respectability against all odds...Edgar Allen Poe, with his face of a actor, demonstrating in every thought and deed how right his friends were when they said 'No man is safe who drinks before breakfast.' And some of these people are totally imaginary. Such as the seventeenth century whore, transported to Virginia for thieving, who turns into a good woman in spite of herself among the Indians, who have nothing worth stealing. And a girl, suckled by wolves, strange and indifferent as nature, who will not tolerate returning to humanity. Angela Carter wonderfully mingles history, fiction, invention, literary criticism, high drama and low comedy in a glorious collection of stories as full of contradictions and surprises as life itself.

"Black Venus displays the superbly witchy Angela Carter at her best... Whatever her subject Miss Carter writes like a dream - sometimes a nightmare. And as the voices call out, the images blaze, one is saved from an excess of fantasy by earthy realism, a sudden bark of humour" * Sunday Telegraph *
"The "radicalised" Carter tells her tales of terror ferociously, with black brilliance. Black Venus is shot with dazzling lightning. It is thunderous and magnetic; irresistible even when it seems most repellent" * Courrier Mail *
"Earthy, bawdy and bizarre in turn, there is a fine intelligence at work here" * Daily Telegraph *
"She was one of the century's finest writers, and her stories are among her finest works" -- Lucy Hughes-Hallett * Sunday Times *
"Angela Carter has language at her fingertips" * New Statesman *

Angela Carter was born in 1940. She lived in Japan, the United States and Australia. Her first novel, Shadow Dance, was published in 1965. Her next book, The Magic Toyshop, won the John Llewllyn Rhys Prize and the next, Several Perceptions, the Somerset Maugham Award. She died in February 1992.

GOR001804220
Black Venus by Angela Carter
Angela Carter
Used - Very Good
Paperback
Vintage Publishing
1996-05-02
144
0099480719
9780099480716
N/A
Book picture is for illustrative purposes only, actual binding, cover or edition may vary.
This is a used book - there is no escaping the fact it has been read by someone else and it will show signs of wear and previous use. Overall we expect it to be in very good condition, but if you are not entirely satisfied please get in touch with us.