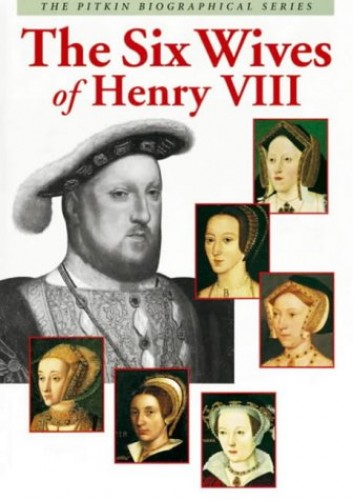 The Six Wives of Henry VIII by Angela Royston

Divorced, beheaded, died; divorced, beheaded, survived. This attractive guide tells the fascinating story of Henry VIII's six wives and their fates, along with photographs, paintings and illustrations to bring it to life.

The Six Wives of Henry VIII by Angela Royston

For over four centuries, popular imagination has been gripped by the story of King Henry VIII and his six wives - and by the tangled web of passion and intrigue that lies behind it. Henry's desperate hope for a son, a male heir for the throne of England, drove him until his death.

This attractive guide looks at the King, each of his wives and the background of religious change that surrounds their stories. From Henry's first marriage to his brother's widow Catherine of Aragon until the end of his life with Catherine Parr and three heirs, this guide tells these stories with fascinating facts, artworks, illustrations and colour photographs.

Perfect for students of history and anyone with an interest in one of England's most famous monarchs and his six wives. Look out for more Pitkin Guides on the very best of British history, heritage and travel.

A prolific writer, Angela Royston is the author of numerous non-fiction books for children, ranging from preschool to middle grade readers. In addition to this, she has authored many historical Pitkin guides, titles including King Henry VIII, Mary Queen of Scots, and The Six Wives of Henry VIII.
GOR000731779
9780853729402
0853729409
The Six Wives of Henry VIII by Angela Royston
Angela Royston
Used - Very Good
Paperback
Pavilion Books
1999-04-01
24
N/A
Book picture is for illustrative purposes only, actual binding, cover or edition may vary.
This is a used book - there is no escaping the fact it has been read by someone else and it will show signs of wear and previous use. Overall we expect it to be in very good condition, but if you are not entirely satisfied please get in touch with us
Trustpilot