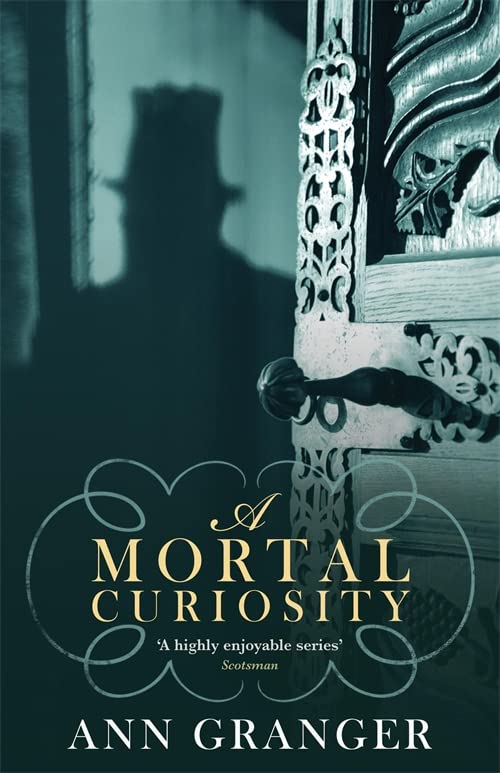 Lizzie Martin, lady's companion, has been sent from London to the New Forest to comfort a young woman whose baby has tragically died. A sad enough task, but things take an even darker turn when a rat-catcher is found murdered in the garden, and the young woman is discovered beside the body, crying and covered in blood. Not knowing where else to turn, Lizzie calls upon her friend Inspector Ben Ross from Scotland Yard to solve the horrific crime.

Praise for Ann Granger's previous crime novels: 'Characterisation, as ever with Granger, is sharp and astringent' * The Times *
'The plot is neat and ingenious, the characters rounded and touchingly credible, and the writing of this darkly humorous but humane and generous novel fluent, supple and a pleasure to read' * Ham and High *
'The reader can expect a treat. Lively, different and fun' * Yorkshire Post *
'Ann Granger's skill with character together with her sprightly writing make the most of the story....she is on to another winner' * Birmingham Post *
'One of crime fiction's most engaging heroines' * Yorkshire Post *

Ann Granger has lived in cities all over the world, since for many years she worked for the Foreign Office and received postings to British embassies as far apart as Munich and Lusaka. She is now permanently based in Oxfordshire.

NGR9780755346936
A Mortal Curiosity (Inspector Ben Ross Mystery 2): A compelling Victorian mystery of heartache and murder by Ann Granger
Ann Granger
New
Paperback
Headline Publishing Group
2008-12-11
416
0755346939
9780755346936
N/A
Book picture is for illustrative purposes only, actual binding, cover or edition may vary.
This is a new book - be the first to read this copy. With untouched pages and a perfect binding, your brand new copy is ready to be opened for the first time.