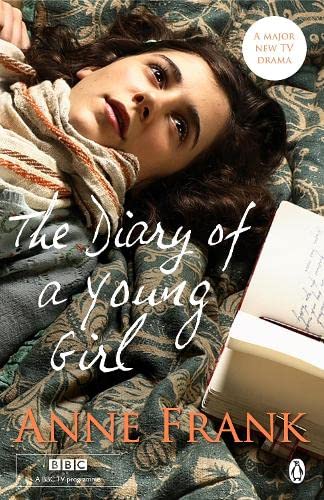 The Diary of a Young Girl
by Anne Frank

In Stock
£4.49
In Amsterdam, in the summer of 1942, the Nazis forced teenager Anne Frank and her family into hiding. For over two years, they, another family and a German dentist lived in a 'secret annexe', fearing discovery. All that time, Anne kept a diary that provides a record of tension and struggle, adolescence and confinement, anger and heartbreak.
Very Good
Only 1 left

The Diary of a Young Girl Summary

The Diary of a Young Girl: The Definitive Edition by Anne Frank

One of the most famous accounts of living under the Nazi regime of World War II comes from the diary of a thirteen-year-old Jewish girl, Anne Frank. Today, The Diary of a Young Girl has sold over 25 million copies world-wide. This edition accompanies the 2009 BBC TV series written by Deborah Moggach.

It is one of the most celebrated and enduring books of the last century and it remains a deeply admired testament to the indestructible nature of human spirit.

Anne Frank and her family fled the horrors of Nazi occupation by hiding in the back of a warehouse in Amsterdam for two years with another family and a German dentist. Aged thirteen when she went into the secret annexe, Anne kept a diary. She movingly revealed how the eight people living under these extraordinary conditions coped with hunger, the daily threat of discovery and death and being cut off from the outside world, as well as petty misunderstandings and the unbearable strain of living like prisoners.

The Diary of a Yong Girl is a timeless true story to be rediscovered by each new generation. For young readers and adults it continues to bring to life Anne's extraordinary courage and struggle throughout her ordeal.

'One of the greatest books of the century' Guardian

'A modern classic' The Times

'Astonishing and excruciating. Its gnaws at us still' New York Times Book Review

'A monument to the human spirit' Mail on Sunday

Anne Frank was born on 12 June 1929. She died in Bergen-Belsen, three months short of her sixteenth birthday.

The Diary of a Young Girl Reviews

Anne Frank was born on 12 June 1929. She died in Bergen-Belsen, three months short of her sixteenth birthday.

GOR001163472
The Diary of a Young Girl: The Definitive Edition by Anne Frank
Anne Frank
Used - Very Good
Paperback
Penguin Books Ltd
2008-09-20
368
0141039825
9780141039824
N/A
Book picture is for illustrative purposes only, actual binding, cover or edition may vary.
This is a used book - there is no escaping the fact it has been read by someone else and it will show signs of wear and previous use. Overall we expect it to be in very good condition, but if you are not entirely satisfied please get in touch with us.