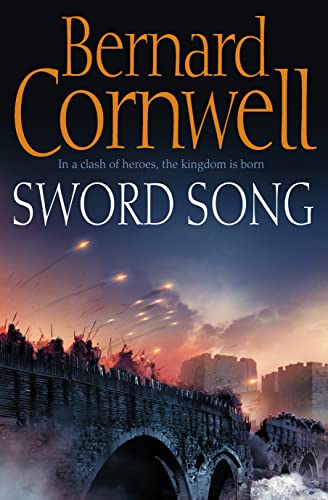 'The characterisation, as ever, is excellent...And one can only admire the little touches that bring the period to life: the bitter weather; the swollen rivers; the soliders gossiping about ale and women...he can also claim to be a true poet of both the horror and the glory of war, showing a feeling for the ways of fighting men which is too often lacking in the politicians who send them into battle.'
Sunday Telegraph

'There are many authors who are now writing historical fiction, and some of them are almost as good as Cornwell, but so far there's none better.'
Yorkshire Evening Post

'...this will not disappoint Cornwell's legions of fans.' Western Daily Press

'Beautifully crafted story-telling, complete with splendid set-piece battles and relentless derring-do, so gripping that it rarely stops to catch a breath. It demonstrates once again Cornwell's enormous skill as a historical narrator. He would have graced Alfred's court entertaining the guests with his stories.' Daily Mail

GOR001208952
Sword Song (The Last Kingdom Series, Book 4) by Bernard Cornwell
Bernard Cornwell
The Last Kingdom Series
Used - Very Good
Paperback
HarperCollins Publishers
2007-09-03
336
0007219725
9780007219728
N/A
Book picture is for illustrative purposes only, actual binding, cover or edition may vary.
This is a used book - there is no escaping the fact it has been read by someone else and it will show signs of wear and previous use. Overall we expect it to be in very good condition, but if you are not entirely satisfied please get in touch with us.