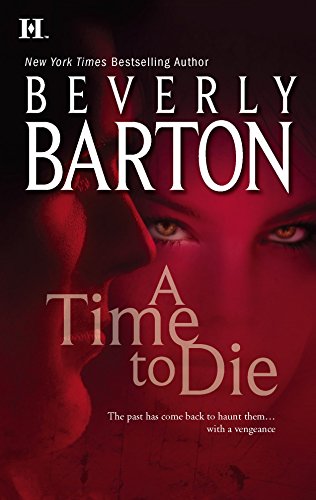 Time to Die
by Beverly Barton

In Stock
£2.99
Its been ten years since a bullet left journalist Lexie Murrough paralyzed. Black Ops commando Deke Bronson is grateful Lexie has no memory of the incident, for hes never been able to forgive himself. After Lexie, whos now the head of an international charity, receives threats, Deke is assigned to keep her safe. Is this fates way of giving him a second chance? Original.
Very Good Good Well Read
Only 3 left

Time to Die by Beverly Barton

It's taken years of painful physical therapy to bring Lexie back from the brink. And Deke is just grateful that she has no memory of his part in the incident that left her injured and him emotionally scarred. He's tried to put the past behind him, leaving the military and joining the Dundee Agency, but he's never been able to forgive himself....

When Lexie, now head of an international charity organization, begins receiving terrifying threats from the son of the dictator killed during that long-ago operation, it's Deke who's assigned to keep her safe from harm.

Maybe it's fate's way of giving him another chance, but falling for Lexie isn't supposed to be part of the deal. And what if she finally discovers the truth?

Movies fascinated Beverly Barton from an early age, and by the time she was seven she was rewriting the movies she saw to give them all happy endings. After her marriage and the births of her children, Beverly continued to be a voracious reader and a devoted movie goer, but she put her writing aspirations on hold. Now, after writing over 70 books, receiving numerous awards and becoming a New York Times bestselling author, Beverly's career became her dream come true.

GOR008573228
Time to Die by Beverly Barton
Beverly Barton
Used - Very Good
Paperback
HarperCollins Publishers
2007-12-01
0373772491
9780373772490
N/A
Book picture is for illustrative purposes only, actual binding, cover or edition may vary.
This is a used book - there is no escaping the fact it has been read by someone else and it will show signs of wear and previous use. Overall we expect it to be in very good condition, but if you are not entirely satisfied please get in touch with us.