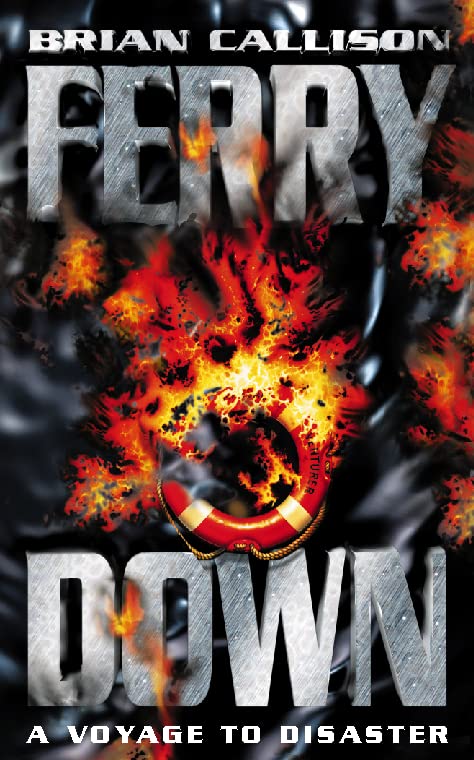 Ferry Down
by Brian Callison

From a master of maritime adventure and suspense comes an engrossing and alarming tale of disaster on a North Sea ferry.

Ferry Down by Brian Callison

From a master of maritime adventure and suspense comes an engrossing and alarming tale of disaster on a North Sea ferry.

The passengers boarding the Orion Venturer have no idea that the sturdy-looking ferry that is to take them across the North Sea is a disaster waiting to happen.

She has been hastily converted from her previous role as a casino ship working out of Florida. Safety regulations have been met - in theory - but many vital corners have been cut. And, worse, her multinational crew has been put together even more quickly. Many crew members have no experience at sea and little knowledge of English. Few know the ship well enough to be of any use in an emergency.

All it would take is one act of folly to initiate a tragedy too terrible to imagine...

Filled with tension that builds with every passing second, Ferry Down is the new thriller from Britain's most acclaimed writer of maritime adventure - the disturbingly plausible realisation of every sea traveller's nightmare.

`There can be no better adventure writer in the country.'
Alistair MacLean

`One of the best writers of modern sea stories.'
Daily Telegraph

`No mistake: Callison can grip you... he whirls the exciting action forward with a masterly touch.'
Wall Street Journal

Brian Callison was born in Manchester in 1934. On entering the merchant navy as a midshipman with the Blue Funnel Line in 1950, he served in cargo liners sailing to the Far East and Australia. Later he studied at Dundee College of Art before entering commerce. A Member of the Royal Institute of Navigation and an Associate of the Nautical Institute, he has maintained an active connection with the sea: first as an officer of the Royal Naval Auxiliary Service until its disbandment in 1994 and, currently, as Head of Tay Unit of the UK's Maritime Volunteer Service.

GOR001218872
Ferry Down by Brian Callison
Brian Callison
Used - Very Good
Paperback
HarperCollins Publishers
1999-02-23
400
0006179983
9780006179986
N/A
Book picture is for illustrative purposes only, actual binding, cover or edition may vary.
This is a used book - there is no escaping the fact it has been read by someone else and it will show signs of wear and previous use. Overall we expect it to be in very good condition, but if you are not entirely satisfied please get in touch with us.