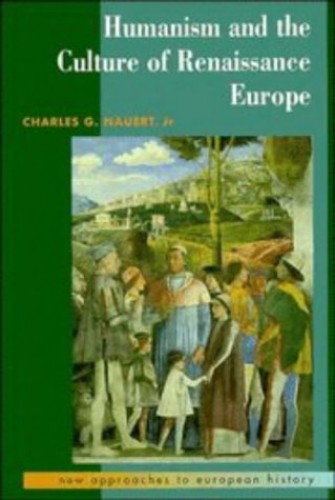 Humanism and the Culture of Renaissance Europe
by Charles G. Nauert

In Stock
£8.99
This new textbook provides a synthesis of the major themes of the European Renaissance. Professor Nauert traces the origins of the humanist 'movement' and charts the key intellectual, social, educational and philosophical concerns of the Renaissance. Subsequent transformations of humanism and intellectual developments in the late Renaissance are covered.
Very Good Good
Only 3 left

Humanism and the Culture of Renaissance Europe Summary

Humanism and the Culture of Renaissance Europe by Charles G. Nauert

This new textbook provides students with a highly readable synthesis of the major determining features of the European Renaissance, one of the most influential cultural revolutions in history. Professor Nauert's approach is broader than the traditional focus on Italy, and tackles the themes in the wider European context. He traces the origins of the humanist 'movement' and connects it to the social and political environments in which it developed. In a tour-de-force of lucid exposition over six wide-ranging chapters, Nauert charts the key intellectual, social, educational and philosophical concerns of this humanist revolution, using art and biographical sketches of key figures to illuminate the discussion. The study also traces subsequent transformations of humanism and its solvent effect on intellectual developments in the late Renaissance.

Humanism and the Culture of Renaissance Europe Reviews

"...lucidly and elegantly written book...a fine example of that time-honored approach to the subject, intellectual and cultural history...the book is a masterpiece of concision...[This book] is surely destined to establish itself quickly as the best introduction to the subject of Renaissance humanism. In particular, it will be essential reading for graduate students preparing for their comprehensive examinations and for instructors faced with the task of explaining humanism to their students." The Sixteenth Century Journal
"One would have thought it impossible to write such a book, but Charles Nauert has done it....this book presents every important aspect of humanist culture, from Petrarch to Montaigne. All this is accomplished with deft authority and with disarming judiciousness....His book supersedes any previous attempt at such a synthesis, and each chapter, with its own bibliography, is a key to the several sub-fields included here....the writing is so clear that absolutely any reader, without any special preparation, can use this book as a first step toward mastering the field." George Hupper, The Historian
"A student reading Nauert will get a comprehensive, intelligent, and eminently sensible discussion of the topic. [Nauert] effectively conveys the sweep of humanism over three centuries. He is notably excellent in discussing the sixteenth century....in every chapter of the book he convincingly brings out why and how the classical tradition played such an important role in Renaissance humanism. This is the book I would recommend...on Renaissance humanism." John Monfasani, International Journal of the Classical Tradition

GOR002818213
Humanism and the Culture of Renaissance Europe by Charles G. Nauert
Charles G. Nauert
New Approaches to European History
Used - Very Good
Paperback
Cambridge University Press
1995-09-28
247
0521407249
9780521407243
N/A
Book picture is for illustrative purposes only, actual binding, cover or edition may vary.
This is a used book - there is no escaping the fact it has been read by someone else and it will show signs of wear and previous use. Overall we expect it to be in very good condition, but if you are not entirely satisfied please get in touch with us.