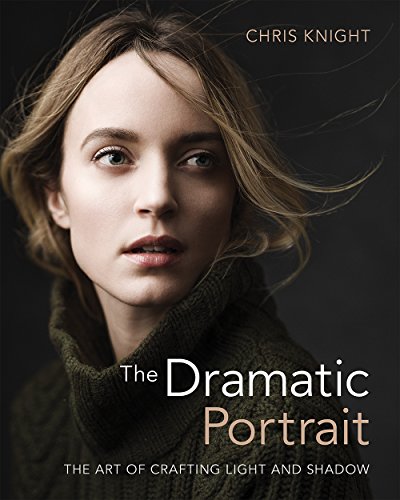 The Dramatic Portrait by Chris Knight

The Dramatic Portrait: The Art of Crafting Light and Shadow by Chris Knight

Without light, there is no photograph. As almost every photographer knows, the word photograph has its roots in two Greek words that, together, mean drawing with light. But what is less commonly acknowledged and understood is the role that shadow plays in creating striking, expressive imagery, especially in portraiture. It is through deft, nuanced use of both light and shadow that you can move beyond shooting simply ordinary, competent headshots into the realm of creating dramatic portraiture that can so powerfully convey a subject's inner essence, communicate a personal narrative, and express your photographic vision.

In The Dramatic Portrait: The Art of Crafting Light and Shadow, Chris Knight addresses portraiture with a unique approach to both light and shadow that allows you to improve and elevate your own portraiture. He begins with the history of portraiture, from the early work of Egyptians and Greeks to the sublime treatment of light and subject by artists such as Caravaggio, Rembrandt, and Vermeer. Chris then dives into a deep, hands-on exploration of light, shadow, and portraiture, offering numerous lessons and takeaways.

GOR009657591
9781681982144
1681982145
The Dramatic Portrait: The Art of Crafting Light and Shadow by Chris Knight
Chris Knight
Used - Very Good
Paperback
Rocky Nook
20170713
240
N/A
Book picture is for illustrative purposes only, actual binding, cover or edition may vary.
This is a used book - there is no escaping the fact it has been read by someone else and it will show signs of wear and previous use. Overall we expect it to be in very good condition, but if you are not entirely satisfied please get in touch with us
Trustpilot