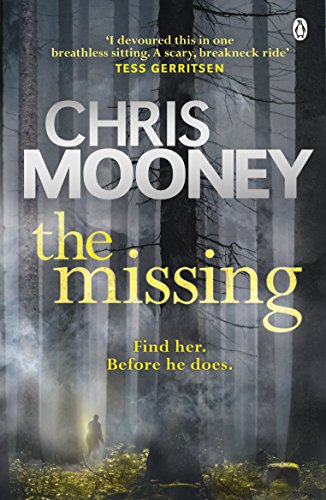 The Missing
by Chris Mooney

In Stock
£7.49
The Man with no face is coming... CSI Darby McCormick finds an emaciated, terrified woman hiding in the shadows of a crime scene. A DNA search reveals the woman was abducted five ago and, somehow, she's escaped the dungeon in which she was caged. With a teenage girl also missing, Darby knows the clock is ticking and this woman is their only lead.
Very Good Good
Only 2 left

The Missing by Chris Mooney

The woman missing for five years.

The Crime Scene Investigator who finds her.

And the serial killer who wants them both dead ...

When Boston CSI Darby McCormick finds a raving and emaciated woman hiding at the scene of a violent kidnap, she runs a DNA search to identify the Jane Doe. The result confirms she was abducted five years earlier and has somehow managed to escape from the dungeon in which she's been caged.

With a teenage couple also missing and Jane Doe seriously ill, the clock is ticking for Darby as she hunts for the dungeon before anyone else disappears or dies. And when the FBI takes over the investigation, it becomes clear that a sadistic serial killer has been on the prowl for decades - and is poised to strike again at any moment. A killer with links to horrors that Darby has desperately tried to bury in her past ...

Chris Mooney is the author of nine thrillers, of which Remembering Sarah was nominated for the prestigious Edgar Award for Best Novel. His Darby McCormick series includes The Missing, The Secret Friend, The Soul Collectors, The Dead Room, Fear the Dark and Every Three Hours. Chris's latest book is Every Pretty Thing, the seventh Darby McCormick thriller. Chris lives in Boston with his wife and son.

GOR004717217
The Missing by Chris Mooney
Chris Mooney
Darby McCormick
Used - Very Good
Paperback
Penguin Books Ltd
2011-07-07
416
0241957419
9780241957417
N/A
Book picture is for illustrative purposes only, actual binding, cover or edition may vary.
This is a used book - there is no escaping the fact it has been read by someone else and it will show signs of wear and previous use. Overall we expect it to be in very good condition, but if you are not entirely satisfied please get in touch with us.