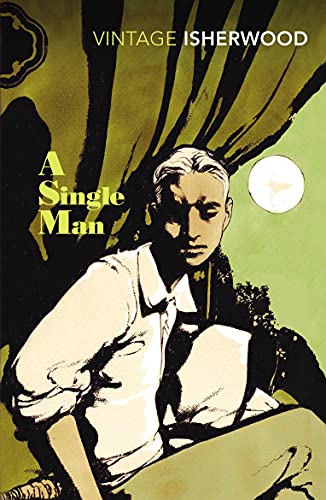 A Single Man
by Christopher Isherwood

Used Price
£4.19
New RRP £8.99
Free Shipping in the UK
Celebrated as a masterpiece from its first publication, A Single Man is the story of George, an English professor in suburban California left heartbroken after the death of his lover, Jim.
Reviews:
Trustpilot
Very Good Good Well Read

A Single Man by Christopher Isherwood

Isherwood's short, poignant novel is a tender and wistful love story Celebrated as a masterpiece from its first publication, A Single Man is the story of George, an English professor in suburban California left heartbroken after the death of his lover, Jim. With devastating clarity and humour, Isherwood shows George's determination to carry on, evoking the unexpected pleasures of life as well as the soul's ability to triumph over loneliness and alienation.

"The best prose writer in English" * Gore Vidal *
"A virtuoso piece of work...courageous...powerful" * Sunday Times *
"His key post-war work. A quarter-century ahead of its time in its portrayal of a quotidian homosexual life, it inspired a generation of gay writers in Britain and the US" * Independent *
"Lyrical and intensely moving" * Daily Telegraph *
"A testimony to Isherwood's undiminished brilliance as a novelist" * Anthony Burgess *

Christopher Isherwood was born in 1904. He began to write at university and later moved to Berlin, where he gave English lessons to support himself. He witnessed first hand the rise to power of Hitler and the Nazi party in Germany and some of his best works, such as Mr. Norris Changes Trains and Goodbye to Berlin, draw on these experiences. He created the character of Sally Bowles, later made famous as the heroine of the musical Cabaret. Isherwood travelled with W.H Auden to China in the late 1930s before going with him to America in 1939. He died on 4 January 1986.

GOR001765436
A Single Man by Christopher Isherwood
Christopher Isherwood
Used - Very Good
Paperback
Vintage Publishing
2010-02-04
176
0099541289
9780099541288
N/A
Book picture is for illustrative purposes only, actual binding, cover or edition may vary.
This is a used book - there is no escaping the fact it has been read by someone else and it will show signs of wear and previous use. Overall we expect it to be in very good condition, but if you are not entirely satisfied please get in touch with us.