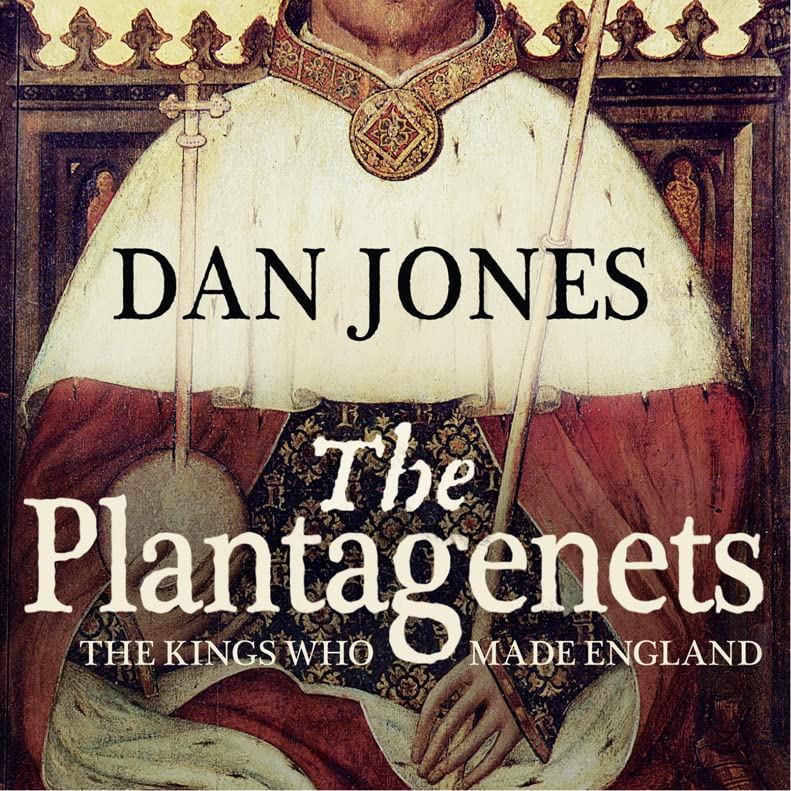 The Plantagenets by Dan Jones

This brilliant new book explores the lives of eight generations of the greatest kings and queens that this country has ever seen, and the worst. The Plantagenets - their story is the story of Britain.

The Plantagenets: The Kings Who Made England by Dan Jones

This brilliant new book explores the lives of eight generations of the greatest kings and queens that this country has ever seen, and the worst. The Plantagenets - their story is the story of Britain.

England's greatest royal dynasty, the Plantagenets, ruled over England through eight generations of kings. Their remarkable reign saw England emerge from the Dark Ages to become a highly organised kingdom that spanned a vast expanse of Europe. Plantagenet rule saw the establishment of laws and creation of artworks, monuments and tombs which survive to this day, and continue to speak of their sophistication, brutality and secrets.

Dan Jones brings you a new vision of this battle-scarred history. From the Crusades, to King John's humbling over Magna Carta and the tragic reign of the last Plantagenet, Richard II - this is a blow-by-blow account of England's most thrilling age.

'Stonking narrative history told with pace, wit and scholarship about the bloody dynasty that produced some of England's most brilliant, brutal kings' Observer

'Colourful and engaging ... Jones has produced an absorbing narrative that will help ensure that the Plantagenet story remains stamped on the English imagination' Sunday Times

'Unapologetically about powerful people, their foibles, their passions and their weaknesses ... vivid descriptions of battles and tournaments, ladies in fine velvet and knights in shining armour crowd the pages of this highly engaging narrative' Evening Standard

'Dan Jones expertly weaves an enormous medieval tapestry, ranging from the Middles East of Richard the Lionheart's Third Crusade to the battlefields of the Hundred Years War' Sunday Telegraph

Dan Jones took a first in History from Pembroke College, Cambridge in 2002. He is an award-winning journalist and a pioneer of the resurgence of interest in medieval history. His first book on the Peasants' Revolt received widespread critical acclaim. This is his second book. He lives in London.

GOR005247633
The Plantagenets: The Kings Who Made England by Dan Jones
Dan Jones
Used - Very Good
Paperback
HarperCollins Publishers
2013-07-04
672
0007213948
9780007213948
N/A
Book picture is for illustrative purposes only, actual binding, cover or edition may vary.
This is a used book - there is no escaping the fact it has been read by someone else and it will show signs of wear and previous use. Overall we expect it to be in very good condition, but if you are not entirely satisfied please get in touch with us
Trustpilot