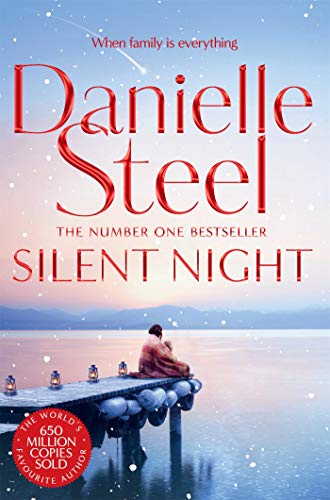 Silent Night is an unforgettable story of love, heartache, and the strength we draw from others. This Christmas, escape with the world's favourite storyteller, Danielle Steel, at her most moving and compelling.

Emotionally gripping and richly involving, Silent Night explores how the heart has mysterious healing powers of its own, and that sometimes the best things happen when we think all is lost . . . Danielle Steel's stunning novel is a deeply moving story of resilience, hope and the importance of family.

Paige Watts is the ultimate stage mother. The daughter of Hollywood royalty, Paige channels her own acting dreams into making her daughter, Emma, a star. By the age of nine, Emma is playing a central role in a hit TV show. Then everything is shattered by unforeseeable tragedy.

Now Emma is living with her Aunt Whitney, who had chosen a very different path from Paige. Whitney was always the career-driven older sister, loving a no-strings relationship and hating the cult of celebrity that enveloped their childhood. But at a moment's notice, Whitney must change her life in every way.

GOR010230812
Silent Night by Danielle Steel
Danielle Steel
Used - Very Good
Paperback
Pan Macmillan
2019-12-10
336
1509877746
9781509877744
N/A
Book picture is for illustrative purposes only, actual binding, cover or edition may vary.
This is a used book - there is no escaping the fact it has been read by someone else and it will show signs of wear and previous use. Overall we expect it to be in very good condition, but if you are not entirely satisfied please get in touch with us.