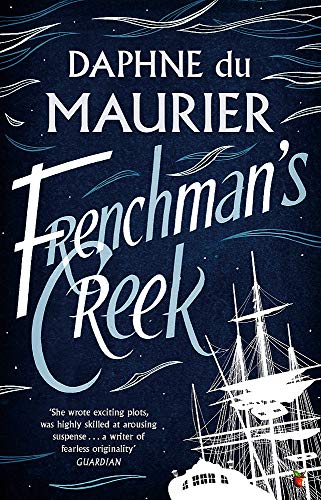 Used Price
£3.59
New RRP £8.99
Free Shipping in the UK
One of du Maurier's most popular novels, Frenchman's Creek is a tale of adventure, set during the reign of Charles II. It is the breathtaking story of a woman searching for love, who embraces the dangerous life of a fugitive on the seas.
Very Good Good Well Read

The Restoration Court knows Lady Dona St Columb to be ripe for any folly, any outrage that will alter the tedium of her days. But there is another, secret Dona who longs for freedom, honest love - and sweetness, even if it is spiced with danger.

To escape the shallowness of court life, Dona retreats to Navron, her husband's remote Cornish estate. There, she seeks peace in its solitary woods and hidden creeks. But she finds instead a daring pirate, hunted by all Cornwall, a Frenchman who, like Dona, would gamble his life for a moment's joy.

Together, they embark upon a quest rife with danger and glory, one which bestows upon Dona the ultimate choice: sacrifice her lover to certain death or risk her own life to save him.

One of the last century's most original literary talents - Daily Telegraph

A tale of danger, passion and mystery, and a compulsive slice of period drama. * Good Book Guide *
A pure, exhilarating adventure story - a swashbuckling tale of exquisite danger and tangled love . . . a tale of emotional and sexual awakening, of loss and risk . . . sophisticated in its exploration of the human heart. -- Julie Myerson
A heroine who is bound to make thousands of friends * Sunday Times *
One of the last century's most original literary talents * Daily Telegraph *

GOR001203839
Frenchman's Creek by Daphne Du Maurier
Daphne Du Maurier
Virago Modern Classics
Used - Very Good
Paperback
Little, Brown Book Group
2003-05-01
272
1844080412
9781844080410
N/A
Book picture is for illustrative purposes only, actual binding, cover or edition may vary.
This is a used book - there is no escaping the fact it has been read by someone else and it will show signs of wear and previous use. Overall we expect it to be in very good condition, but if you are not entirely satisfied please get in touch with us.