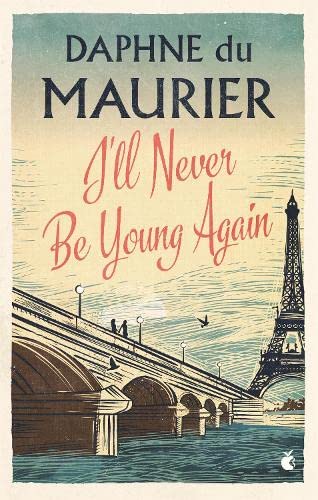 'The iron of the bridge felt hot under my hand. The sun had been upon it all day. Gripping hard with my hands I lifted myself on to the bar and gazed down steadily on the water passing under . . . I thought of places I would never see, and women I should never love'

As far as Richard's father, a famous poet, is concerned, his son has no talent as a writer and will never amount to anything. In a moment of crisis, Richard decides to end his life, but is saved by Jake, a passing stranger. The two men, both at turning points in their lives, set out for adventure, jumping aboard a ship to Norway.

Their travels take them through Europe and they form a passionate friendship. But in bohemian Paris Richard meets Hesta, a music student who inspires him to follow his artistic dreams.

No other popular writer has so triumphantly defied classification . . . She satisfied all the questionable criteria of popular fiction, and yet satisfied the exacting requirements of "real literature", something very few novelists ever do - Margaret Forster

She wrote exciting plots, she was highly skilled at arousing suspense, and she was, too, a writer of fearless originality * Guardian *
No other popular writer has so triumphantly defied classification . . . She satisfied all the questionable criteria of popular fiction, and yet satisfied the exacting requirements of "real literature", something very few novelists ever do -- Margaret Forster
One of the last century's most original literary talents * Daily Telegraph *
Du Maurier's descriptions of riding in Norwegian mountains, of life before the mast and in foreign capitals ring as true as her transcription of a young man's thoughts and talk * PUNCH *
Amazingly vivid * SATURDAY REVIEW *

GOR000513841
I'll Never Be Young Again by Daphne Du Maurier
Daphne Du Maurier
Virago Modern Classics
Used - Very Good
Paperback
Little, Brown Book Group
2005-05-05
320
1844080692
9781844080694
N/A
Book picture is for illustrative purposes only, actual binding, cover or edition may vary.
This is a used book - there is no escaping the fact it has been read by someone else and it will show signs of wear and previous use. Overall we expect it to be in very good condition, but if you are not entirely satisfied please get in touch with us.