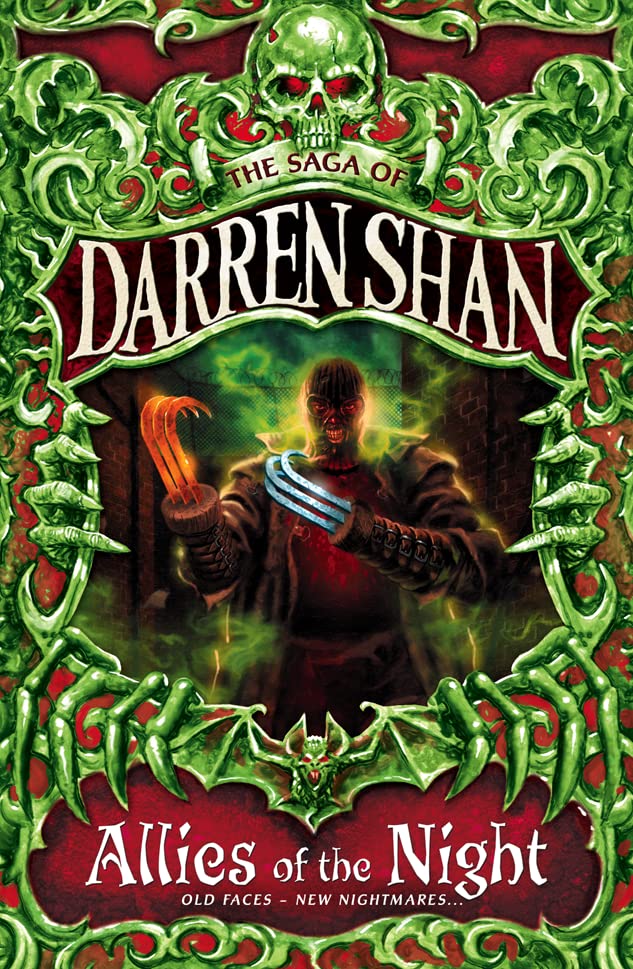 Allies of the Night
by Darren Shan

The quest for the Vampaneze Lord continues for the hunters of the dusk. Darren gets an unwelcome taste of reality when he is forced to go back to school and his past catches up with him.

Allies of the Night Summary

The quest for the Vampaneze Lord continues for the hunters of the dusk. Darren gets an unwelcome taste of reality when he is forced to go back to school and his past catches up with him.

Maturing at one fifth the rate of a normal human, Darren has the looks of a fifteen year old, even though he is very much older. Vampire Prince and vampaneze killer he may be, but someone has shopped him to the authorities and it's time for Darren to go back to school.

But school is not the only thing Darren has to come to terms with: faces from the past, the death of a clan member, a clash with a vampire hunter and blood-thirsty vampaneze mean Darren's past is catching up with him - fast. It's time for the allies of the night to join forces. The hunt is on...

Allies of the Night Reviews

Hunters of the Dusk
The attention to detail is as great as ever and it will leave fans with the promise of bigger revelations and developments to come. Funday Times

One of the 50 Best Children's books of 1999
The Independent

GOR000538201
Allies of the Night (The Saga of Darren Shan, Book 8) by Darren Shan
Darren Shan
The Saga of Darren Shan
Used - Very Good
Paperback
HarperCollins Publishers
2002-11-04
192
000713780X
9780007137800
N/A
Book picture is for illustrative purposes only, actual binding, cover or edition may vary.
This is a used book - there is no escaping the fact it has been read by someone else and it will show signs of wear and previous use. Overall we expect it to be in very good condition, but if you are not entirely satisfied please get in touch with us.