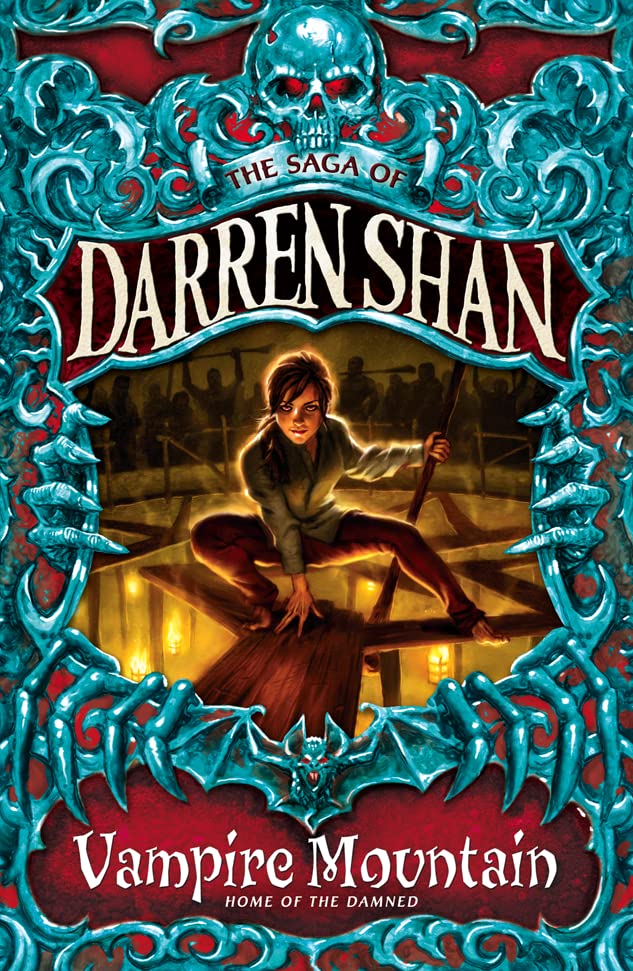 Darren Shan, the vampire's assistant, is forced to march to Vampire Mountain where he will be judged by the vampire princes.

Darren Shan, the vampire's assistant, is forced to march to Vampire Mountain where he will be judged by the vampire princes.

Darren Shan and Mr Crepsley make a long and dangerous trek to the vampire's stronghold in the mountains. The trek is a test of skill and endurance - one which sees Darren's vampire nature develop, and a new understanding of the mysterious blue-robed servants of the sinister Mr Tiny.

Gavner Purl makes a welcome return when he joins Darren and Mr Crepsley, but they face more than the cold on their way to the vampire princes - the vampaneze have been there before them...

Will Darren's meeting with the Vampire Princes restore his human nature, or turn him further towards the darkness...

GOR000481617
Vampire Mountain (The Saga of Darren Shan, Book 4) by Darren Shan
Darren Shan
The Saga of Darren Shan
Used - Very Good
Paperback
HarperCollins Publishers
2001-02-24
176
0007114419
9780007114412
N/A
Book picture is for illustrative purposes only, actual binding, cover or edition may vary.
This is a used book - there is no escaping the fact it has been read by someone else and it will show signs of wear and previous use. Overall we expect it to be in very good condition, but if you are not entirely satisfied please get in touch with us.