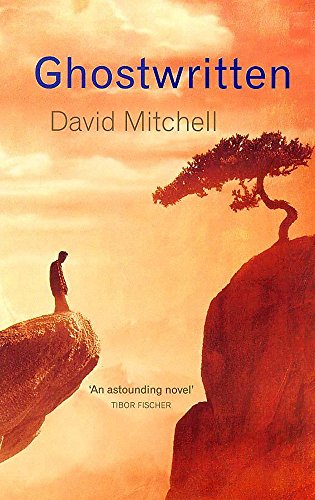 In Stock
£5.99
Winner of the Mail on Sunday/John Llewellyn Rhys Prize
Very Good Good
7 in stock

Born in 1969, David Mitchell grew up in Worcestershire. After graduating from Kent University, he taught English in Japan, where he wrote his first novel, Ghostwritten. Published in 1999, it was awarded the Mail on Sunday John Llewellyn Rhys Prize and shortlisted for the Guardian First Book Award. His second novel, number9dream, was shortlisted for the Booker Prize and the James Tait Black Memorial Prize, and in 2003, David Mitchell was selected as one of Granta's Best of Young British Novelists. His third novel, Cloud Atlas, was shortlisted for six awards including the Man Booker Prize, and adapted for film in 2012. It was followed by Black Swan Green, shortlisted for the Costa Novel of the Year Award, and The Thousand Autumns of Jacob de Zoet, which was a No. 1 Sunday Times bestseller. Both were also longlisted for the Booker.

In 2013, The Reason I Jump: One Boy's Voice From the Silence of Autism by Naoki Higashida was published in a translation from the Japanese by David Mitchell and KA Yoshida. It was an immediate bestseller in the UK and later in the US as well.

GOR001186382
Ghostwritten by David Mitchell
David Mitchell
Used - Very Good
Paperback
Hodder & Stoughton General Division
1999-08-19
450
0340739746
9780340739747
Winner of Mail on Sunday / John Llewellyn Rhys Prize 2000 Short-listed for Mail on Sunday/John Llewellyn Rhys Prize 2000 Short-listed for Guardian First Book Award 1999
Book picture is for illustrative purposes only, actual binding, cover or edition may vary.
This is a used book - there is no escaping the fact it has been read by someone else and it will show signs of wear and previous use. Overall we expect it to be in very good condition, but if you are not entirely satisfied please get in touch with us.