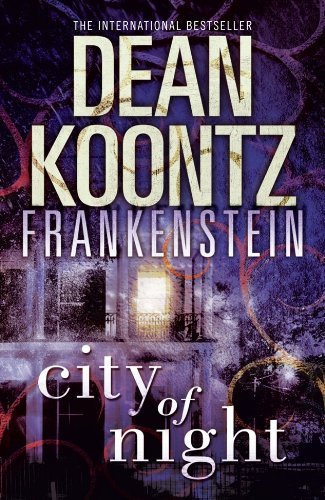 City of Night
by Dean Koontz

They are stronger, heal better and think faster than any humans ever created - and they must be destroyed. But not even Victor Helios can stop the engineered killers he has set loose on a reign of terror through modern-day New Orleans.

The mad genius had not imagined that his creations would develop minds - and purposes - of their own. And as Deucalion and Detectives O'Connor and Maddison race to uncover an age-old conspiracy, they will discover that Victor's new, improved models have infiltrated every level of New Orleans society ... and far beyond.

'Koontz has near-Dickensian powers of description, and an ability to yank us from one page to the next that few novelists can match' Los Angeles Times

Ed Gorman is the award-winning author of many mystery novels. Dean Koontz says of him, `Gorman's writing is strong, fast and sleek as a bullet.' He lives in Cedar Rapids, Iowa, and is the founder of Mystery Scene magazine.

GOR004038357
City of Night (Dean Koontz's Frankenstein, Book 2) by Dean Koontz
Dean Koontz
Dean Koontz's Frankenstein
Used - Very Good
Paperback
HarperCollins Publishers
2012-01-05
368
0007453000
9780007453009
N/A
Book picture is for illustrative purposes only, actual binding, cover or edition may vary.
This is a used book - there is no escaping the fact it has been read by someone else and it will show signs of wear and previous use. Overall we expect it to be in very good condition, but if you are not entirely satisfied please get in touch with us.