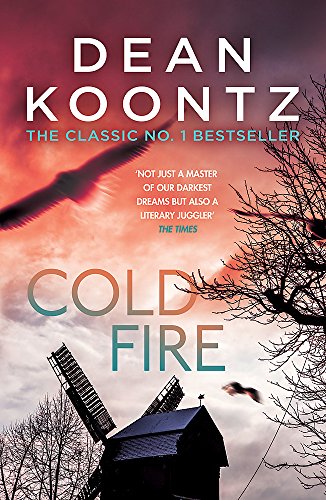 Cold Fire: An unmissable, gripping thriller from the number one bestselling author by Dean Koontz

In this gripping thriller from global phenomenon Dean Koontz, a man with an extraordinary calling must come to terms with his forgotten past. Perfect for fans of THE EYES OF DARKNESS and Stephen King.

In Portland, he saved a young boy from a drunk driver.
In Boston, he rescued a child from an underground explosion.
In Houston, he disarmed a man who was trying to shoot his own wife.

Reporter Holly Thorne was intrigued by the story of strange, quiet savior Jim Ironheart. But what power compelled an ordinary man to save twelve lives in three months? What visions haunted his dreams? And why did he whisper in his sleep: There is an Enemy. It is coming. It'll kill us all...?

'Koontz barely lets the reader come up for air between terrors.' The Washington Post

Why readers are so gripped by COLD FIRE:

'I love Dean Koontz and this is him at his very best!' ***** Goodreads review

GOR007701054
Cold Fire: An unmissable, gripping thriller from the number one bestselling author by Dean Koontz
Dean Koontz
Used - Very Good
Paperback
Headline Publishing Group
2016-03-24
416
147223393X
9781472233936
N/A
Book picture is for illustrative purposes only, actual binding, cover or edition may vary.
This is a used book - there is no escaping the fact it has been read by someone else and it will show signs of wear and previous use. Overall we expect it to be in very good condition, but if you are not entirely satisfied please get in touch with us.