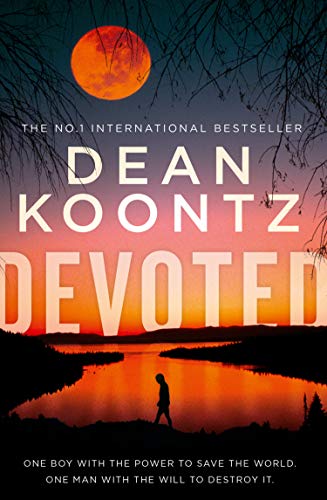 Used Price
£5.79
Free Shipping in the UK
One boy with the power to save the world. One man with the will to destroy it.

The chilling, unputdownable new standalone thriller from Dean Koontz, the master of suspense.

'The master of our darkest dreams' The Times
Reviews:
Trustpilot
Very Good

One boy with the power to save the world. One man with the will to destroy it.

The chilling, unputdownable new standalone thriller from Dean Koontz, the master of suspense.

'The master of our darkest dreams' The Times

A mother, a boy, and a desperate battle against the night.

Woody Bookman hasn't spoken a word in his eleven years of life. Not when his father died in a freak accident. Not when his mother Megan tells him she loves him.

For Megan, keeping her boy safe and happy is what matters. But Woody believes a monstrous evil is behind his father's death and now threatens him and his mother. And he's not alone in his thoughts. An ally unknown to him is listening.

Woody's fearful suspicions are taking shape. A malicious man driven by evil has set a depraved plan into motion. And he's coming after Woody and his mother. The reasons are primal. His powers are growing. And he's not alone.

'Part sci-fi, part mystery, all thriller... one to anticipate' The Courier-Mail

Praise for The Crooked Staircase:

GOR010910678
Devoted by Dean Koontz
Dean Koontz
Used - Very Good
Paperback
HarperCollins Publishers
2020-10-15
376
0008291322
9780008291327
N/A
Book picture is for illustrative purposes only, actual binding, cover or edition may vary.
This is a used book - there is no escaping the fact it has been read by someone else and it will show signs of wear and previous use. Overall we expect it to be in very good condition, but if you are not entirely satisfied please get in touch with us.