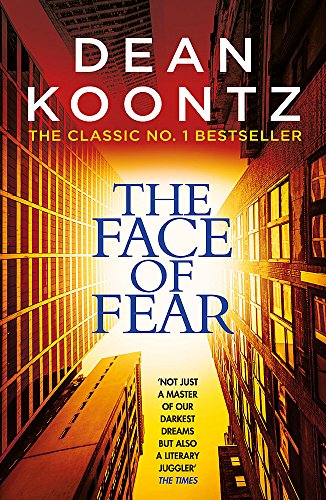 The Face of Fear
by Dean Koontz

'Not just a master of our darkest dreams but also a literary juggler' THE TIMES on Dean Koontz.

The Face of Fear Summary

The Face of Fear: A compelling and horrifying tale by Dean Koontz

A gifted clairvoyant. A shocking vision. A deadly killer.

Dean Koontz writes a spine-chilling novel in The Face of Fear - a gripping tale of predator and prey. Perfect for fans of Richard Laymon and Harlan Coben.

Graham Harris is a gifted clairvoyant, and during a television interview, he 'sees' a murder being committed. He knows that the killer is the man the police have named the Butcher - the slayer of nine young women.
Learning of the psychic identification, the Butcher begins to stalk this 'witness' to his crime, and traps Harris and his girlfriend at night in a vast forty-two-storey business building, hunting them relentlessly from floor to floor...

What readers are saying about The Face of Fear:

Customer Reviews - The Face of Fear

GOR009572999
The Face of Fear: A compelling and horrifying tale by Dean Koontz
Dean Koontz
Used - Very Good
Paperback
Headline Publishing Group
2018-02-08
256
1472248406
9781472248404
N/A
Book picture is for illustrative purposes only, actual binding, cover or edition may vary.
This is a used book - there is no escaping the fact it has been read by someone else and it will show signs of wear and previous use. Overall we expect it to be in very good condition, but if you are not entirely satisfied please get in touch with us.