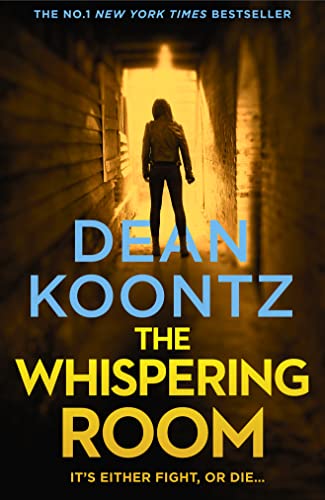 The Whispering Room
by Dean Koontz

The second gripping thriller in an exciting series featuring rogue FBI agent Jane Hawk, from the master of suspense and New York Times No.1 bestselling author.

The second gripping thriller in an exciting series featuring rogue FBI agent Jane Hawk, from the master of suspense and New York Times No.1 bestselling author.

'Do what you were born to do'

These are the words that ring in the mind of a beloved teacher as she drives a car full of burning gasoline into a hotel. The police believe she was insane, but rogue FBI agent Jane Hawk knows the truth.

In the wake of many similar inexplicable suicides, including that of her husband, Jane picks up the trail of a secret cabal of formidable players who are bent on obtaining world power.

Now Jane has become an unstoppable predator. Those she is hunting will have nowhere to run when her shadow falls across them.

'A master still at the peak of his powers' Matt Haig, author of The Humans

GOR009309859
The Whispering Room (Jane Hawk Thriller, Book 2) by Dean Koontz
Dean Koontz
Jane Hawk Thriller
Used - Like New
Paperback
HarperCollins Publishers
2018-06-14
528
0007520204
9780007520206
N/A
Book picture is for illustrative purposes only, actual binding, cover or edition may vary.
The book has been read, but looks new. The book cover has no visible wear, and the dust jacket is included if applicable. No missing or damaged pages, no tears, possible very minimal creasing, no underlining or highlighting of text, and no writing in the margins.