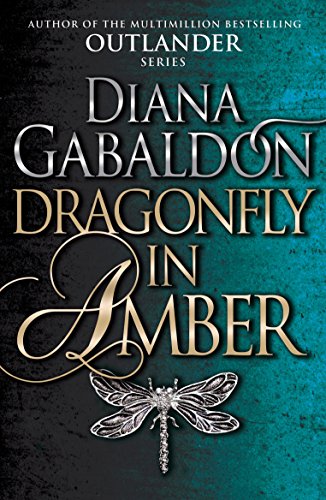 Dragonfly In Amber
by Diana Gabaldon

In Stock
£4.99
For twenty years Claire Randall has kept her secrets. But now she is returning with her grown daughter to the majesty of Scotland's mist-shrouded hills.
Very Good Good Well Read
24 in stock

THE SECOND NOVEL IN THE BESTSELLING OUTLANDER SERIES - Now a major TV series.

For twenty years Claire Randall has kept her secrets. But now she is returning with her grown daughter to the majesty of Scotland's mist-shrouded hills. Here Claire plans to reveal a truth as stunning as the events that gave it birth: about the mystery of an ancient circle of standing stones, about a love that transcends the boundaries of time, and about James Fraser, a warrior whose gallantry once drew the young Claire from the security of her century to the dangers of his.

Now a legacy of blood and desire will test her beautiful daughter as Claire's spellbinding journey continues in the intrigue-ridden court of Charles Edward Stuart, in a race to thwart a doomed uprising, and in a desperate fight to save both the child and the man she loves.

A triumph! A powerful tale layered in history and myth, at its core is a love so vivid and fierce... -- Nora Roberts
Marvellous... It is a large canvas that Gabaldon paints, filled with strong passions and derring-do. * San Francisco Chronicle *

DIANA GABALDON is the author of the international bestselling Outlander novels and Lord John Grey series.

She says that the Outlander series started by accident: 'I decided to write a novel for practice in order to learn what it took to write a novel, and to decide whether I really wanted to do it for real. I did - and here we all are trying to decide what to call books that nobody can describe, but that fortunately most people seem to enjoy.'

And enjoy them they do - in their millions, all over the world. Published in 42 countries and 38 languages, in 2014 the Outlander novels were made into an acclaimed TV series starring Sam Heughan as Jamie Fraser and Caitriona Balfe as Claire. The series has now been renewed for a fifth and sixth season.

Diana lives with her husband and dogs in Scottsdale, Arizona and is currently at work on her ninth Outlander novel.

GOR006868611
Dragonfly In Amber: (Outlander 2) by Diana Gabaldon
Diana Gabaldon
Outlander
Used - Very Good
Paperback
Cornerstone
2015-02-19
976
1784751367
9781784751364
N/A
Book picture is for illustrative purposes only, actual binding, cover or edition may vary.
This is a used book - there is no escaping the fact it has been read by someone else and it will show signs of wear and previous use. Overall we expect it to be in very good condition, but if you are not entirely satisfied please get in touch with us.