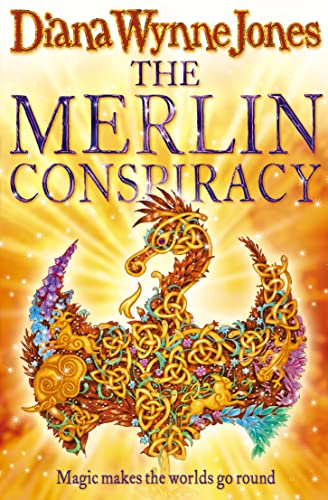 A glorious new fantasy from an award-winning author.

A glorious new fantasy from an award-winning author.

The story is narrated by two very different teenagers, who each inhabit two extraordinarily different worlds.
Arianrhod Hyde's world (or Roddy, as she prefers to be called) is very much the world of magic, pageantry and ritual. Not unlike Britain in King Arthur's Day, Roddy is daughter of two Court Wizards and therefore part of the King's Progress, travelling round the Islands of Blest and ready to take part in whatever ritual or ceremony is required, as it occurs. Presiding over all, the most important person is the Merlin, who is entrusted with the magical health of the Isles of Blest.
Nick Mallory's world is much more familiar - at least, it starts off being our own. But it soon transpires that Nick's not quite the ordinary 15 year old he seems, as he slips sideways into something he thinks is a dream - but in fact is another world entirely. Now, Nick's been on other worlds before (although never alone) but he's a confident type. Maybe a bit too confident...
In Roddy's world, the current Merlin expires and a new one takes his place. Yet something is wrong - the rituals have been upset and nothing is going the way it should. Roddy needs help, and certain powers indicate that Nick is to be the one to help her. And Nick is cool about helping her - in theory... but it's a bit worrying that she seems to mistake him for a magic-user.
Their stories unfold, side-by-side, each part leading into the next, and the Merlin Conspiracy thickens as the tales swirl around each other - twining, meeting and affecting each other, yet never completely combining until the very end chapters when all is finally revealed.
Compelling, howlingly funny in places, mind-boggling - this is going to WOW DWJ fans all around the world (and probably in other universes too).

"The characterisation is first rate, the ideas are fabulous ... This is fantasy at its most inventive - canny, funny and far-reaching." The Telegraph

GOR000523959
The Merlin Conspiracy by Diana Wynne Jones
Diana Wynne Jones
Used - Very Good
Paperback
HarperCollins Publishers
2004-02-25
482
0007151403
9780007151400
N/A
Book picture is for illustrative purposes only, actual binding, cover or edition may vary.
This is a used book - there is no escaping the fact it has been read by someone else and it will show signs of wear and previous use. Overall we expect it to be in very good condition, but if you are not entirely satisfied please get in touch with us.