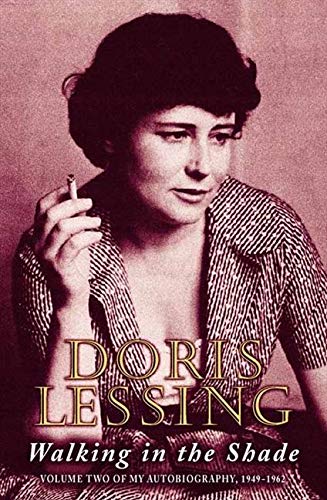 Walking in the Shade
by Doris Lessing

The second volume of the autobiography of Doris Lessing, winner of the Nobel Prize for Literature.

Walking in the Shade Summary

Walking in the Shade: Volume Two of My Autobiography, 1949-1962 by Doris Lessing

The second volume of the autobiography of Doris Lessing, winner of the Nobel Prize for Literature.

`Walking in the Shade' begins in 1949, as Doris Lessing arrives in London with nothing but her young son and the manuscript of her first novel. With humour and clear-sightedness, she records her battles of the next decade: her involvement with communism, her love affairs, her struggle with poverty, the difficulties she faced as a young single mother.

But as well there is the success of that first novel, `The Grass Is Singing', and meetings with personalities and opinion-makers - Kenneth Tynan, John Osborne, Bertrand Russell and others.Describing, too, the genesis of `The Golden Notebook', this book sees Lessing emerge as one of the most exciting, and groundbreaking, novelists of the post-war generation, and one of the twentieth century's great writers.

Walking in the Shade Reviews

`It is exhilarating to read. Not many lives are worth more than two long volumes, but Doris Lessing's most certainly is.'
Literary Review

`She is a true heroine. The passionate courage spoken by each page of her writing has been easily matched by her rollercoaster life. Through her memoirs she allows us to get a little closer to her, to a woman who has not only written, but has lived, at full throttle' Guardian

`A wise and major figure, a subtle voice, a writer for whom the past is a test of the present, as well as a place of memory and self-questioning.' Malcolm Bradbury, Observer

`Doris Lessing has changed the way we think about the world. Walking in the Shade records another crucial stage of her education, and ours.' Blake Morrison, Independent on Sunday

`Fiercely self-confident and fiercely self-critical, simultaneously warm and formidable; this is a highly idiosyncratic and utterly compelling mix.' Sunday Telegraph

GOR000825985
Walking in the Shade: Volume Two of My Autobiography, 1949-1962 by Doris Lessing
Doris Lessing
Used - Very Good
Paperback
HarperCollins Publishers
1998-03-26
400
0006388892
9780006388890
N/A
Book picture is for illustrative purposes only, actual binding, cover or edition may vary.
This is a used book - there is no escaping the fact it has been read by someone else and it will show signs of wear and previous use. Overall we expect it to be in very good condition, but if you are not entirely satisfied please get in touch with us.