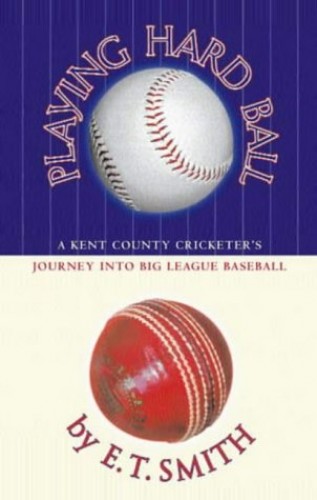 In Stock
£3.99
* Uniquely informed insider's account of the cultural comparisons between cricket and baseball by a writer who has played at the highest level.
Very Good
8 in stock

PLAYING HARD BALL is a unique sports book, a cultural comparison of two national games - cricket, English in origin and American baseball - written from the viewpoint of a top-class practitioner of both codes. Ed Smith - the young Cambridge University and Kent batsman - has spent the winters since 1998 in Spring Training with the New York Mets baseball team. It has enabled Ed to contrast and compare arguably the two most iconic of sports from the inside. In fact, baseball had a thriving following in Britain until the Great War: Derby County's former stadium was called the Baseball Ground; Tottenham Hotspur was at first a baseball club. Apart from learning two very different techniques, Ed learned that the sports' ultimate heroes, the Babe and the Don - Babe Ruth and Don Bradman - might as well have come from different planets, whilst baseball's pristine Hall of Fame in Cooperstown is a far cry from the ramshackle cricket museum at Lord's. Ed Smith's PLAYING HARD BALL draws on these intriguing comparisons to paint a two-sided portrait of sports most illustrous 'hitting games'.

Original...engrossing...lucid and informative * Christopher Martin-Jenkins, THE TIMES *
Quite simply it is brilliant * THE CRICKETER *
Ed Smith is superb on analysing the different techniques involved in the two activities. He also writes with great insight... excellent on the social and historical contexts of both baseball and cricket. * SUNDAY TELEGRAPH *
An instructive and entertaining book, full of insights. * DAILY TELEGRAPH *

Ed Smith is one of England's most promising cricketers, the youngest batsman to score a century on his debut (aged 18 for Cambridge University v Glamorgan). He has written columns for the Sunday Telegraph and The Times.

GOR001187245
Playing Hard Ball: County Cricket and Big League Baseball by E.T. Smith
E.T. Smith
Used - Very Good
Paperback
Little, Brown Book Group
2000-01-01
224
0349116660
9780349116662
N/A
Book picture is for illustrative purposes only, actual binding, cover or edition may vary.
This is a used book - there is no escaping the fact it has been read by someone else and it will show signs of wear and previous use. Overall we expect it to be in very good condition, but if you are not entirely satisfied please get in touch with us.