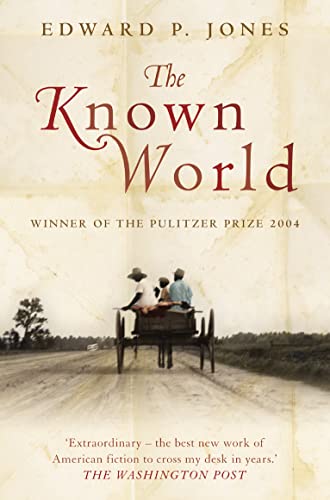 Masterful, Pulitzer-prize winning literary epic about the painful and complex realities of slave life on a Southern plantation. An utterly original exploration of race, trust and the cruel truths of human nature, this is a landmark in modern American literature.

Masterful, Pulitzer-prize winning literary epic about the painful and complex realities of slave life on a Southern plantation. An utterly original exploration of race, trust and the cruel truths of human nature, this is a landmark in modern American literature.

Henry Townsend, a black farmer, boot maker, and former slave, becomes proprietor of his own plantation - as well as his own slaves. When he dies, his widow, Caldonia, succumbs to profound grief, and things begin to fall apart: slaves take to escaping under the cover of night, and families who had once found love beneath the weight of slavery begin to betray one another. Beyond the Townsend household, the known world also unravels: low-paid white patrollers stand watch as slave `speculators' sell free black people into slavery, and rumours of slave rebellions set white families against slaves who have served them for years.

An ambitious, luminously written novel that ranges from the past to the present, The Known World seamlessly weaves together the lives of the freed and the enslaved - and allows all of us a deeper understanding of the enduring multi-dimensional world created by the institution of slavery.

'A powerful experience ... rich in character and plot' Guardian

`Jones immerses us in a world of slaves and slave owners with unerring mastery' Geoff Dyer, Telegraph Books of the Year

An engrossing epic tale. The indications of what's to come mean a sense of doom hang over this beautifully crafted tale, people with luminous characters. It's a moving look at the moral complexities of slavery.' Metro

`The Known World is an achievement of epic scope and architectural construction, which nonetheless reads like a string of folk tales told by someone slyly watching for your reaction - tales told by a conjurer who distracts you so well that you never know what hit you.' New York Times

`The best new work of American fiction to cross my desk in years.' Washington Post

`Jones has woven nothing less than a tapestry of slavery, an artifact as vast and complex as anything to be found in the Louvre. Every thread is perfectly in place ... The first paragraph exquisitely connects, nearly 400 pages later, with the last. Against all the evidence to the contrary that American fiction has given us over the past quarter-century, The Known World affirms that the novel does matter, that it can still speak to us as nothing else can.' Houston Chronicle

Edward P. Jones won the PEN/Hemingway Award and was nominated for the National Book Award for his debut collection of stories, Lost in the City.

GOR010459097
The Known World by Edward P. Jones
Edward P. Jones
Used - Like New
Paperback
HarperCollins Publishers
2004-07-05
400
0007195303
9780007195305
Winner of International IMPAC Dublin Literary Award 2005
Book picture is for illustrative purposes only, actual binding, cover or edition may vary.
The book has been read, but looks new. The book cover has no visible wear, and the dust jacket is included if applicable. No missing or damaged pages, no tears, possible very minimal creasing, no underlining or highlighting of text, and no writing in the margins.