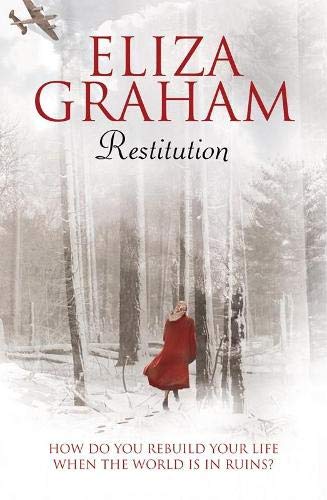 In Stock
£4.99
How do you rebuild your life when the world lies in ruins?
Very Good
Only 1 left

February 1945. Europe is in ruins and the Red Army is searing its way across Germany's eastern marches, revenging itself upon a petrified population. The war is over, but for some the fight for survival is only just beginning.

Alix, the aristocratic daughter of a German resistance fighter, is alone and desperate to flee before the Reds come. But when a ferocious snowstorm descends she must return to the shelter of her abandoned ancestral home. There, she is shocked to find her childhood sweetheart Gregor. As old passions are rekindled, a couple break into the house to hide - the man, dressed in Gestapo uniform, is a stranger, but his companion is altogether more familiar.

By morning, the blizzard has died down but the Reds are back. The woman and her Nazi escort are dead, and Gregor has vanished. Alone and terrified, Alix runs for her life, and embarks upon an extraordinary and heartbreaking journey.

It will take sixty years and the fall of another empire - Communism - before the riddles of that fateful night can be deciphered.

Restitution is a memorable novel about love and betrayal, hatred and heroism - a reminder that, even in the worst of times, the most courageous acts of kindness are possible.

"An evocative, riveting tale of survival and the triumph of the human spirit in the aftermath of war." Pam Jenoff, author, "The Kommandant's Girl""

Eliza Graham is the author of "Playing with the Moon."

GOR000925687
Restitution by Eliza Graham
Eliza Graham
Used - Very Good
Paperback
Pan Macmillan
2009-05-01
400
0230741886
9780230741881
N/A
Book picture is for illustrative purposes only, actual binding, cover or edition may vary.
This is a used book - there is no escaping the fact it has been read by someone else and it will show signs of wear and previous use. Overall we expect it to be in very good condition, but if you are not entirely satisfied please get in touch with us.