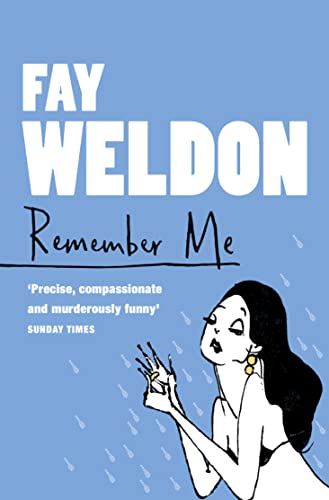 Remember Me
by Fay Weldon

Remember Me by Fay Weldon

Madeleine wants revenge; Madeleine wants to be remembered: Madeleine wants love. Who doesn't? Madeleine is ex-wife and chief persecutor of Jarvis, the architect. Why not? She hates him. Hilary is their daughter, growing fatter and lumpier every day under Madeleine's triumphant care, and witness to the wrongs her mother suffered.

For Jarvis has a clean new life with a clean new wife, Lily, and a nice new baby, Jonathan. The furniture is polished and there is orange juice for breakfast. Jarvis is content, or thinks he is, fending off Madeleine's forays as best he can.

Jarvis has a part-time secretary too - Margot, now the doctor's wife, unremembered from the days of her youth. Margot, unacknowledged wife and mother, accepting, tending, nurturing his children and her own, complaisant in her lot.

Then Madeleine, hurling out her dark reproaches from the other side of violent death, uncovers new familial links in the disruption she creates.

`A wry yet ultimately romantic novel...Weldon's sardonic tongue is in her cheek as she examines the conventions of modern marriage.' Publishers' Weekly

`Fay Weldon's voice is as unmistakeable as her acerbic wit.' Financial Times

`Fay Weldon writes as if she were Virginia Woolf and Roseanne Arnold joined at the hip. She is literary, well-read, totally in control, sharp as a needle and off the wall...' Mirabella

GOR001190087
Remember Me by Fay Weldon
Fay Weldon
Used - Very Good
Paperback
HarperCollins Publishers
2003-06-16
288
0007109261
9780007109265
N/A
Book picture is for illustrative purposes only, actual binding, cover or edition may vary.
This is a used book - there is no escaping the fact it has been read by someone else and it will show signs of wear and previous use. Overall we expect it to be in very good condition, but if you are not entirely satisfied please get in touch with us.