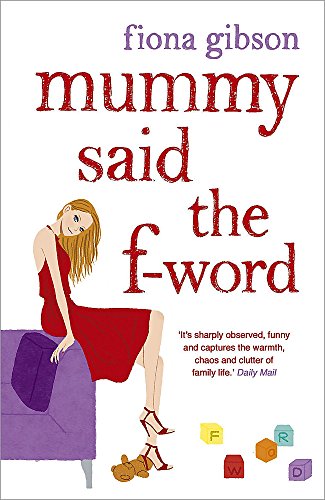 When Cait, a chaotic single mother, becomes the agony aunt for a glossy parenting magazine, she thinks she might be the single worst person to do the job.

But despite her early unwillingness, she gradually realises that the women writing might really need her help. Perhaps mothers need to realise that they're not actually expected to be perfect, after all?

Then Cait gets an email from a mysterious reader - a single dad who simply signs his name R...

'It's sharply observed, funny and captures the warmth, chaos and clutter of family life.' * Daily Mail *
'Hilarious and heartening, a great read.' * In Style *
'Gibson's take on modern motherhood is ruefully funny and charmingly insightful' * Marie Claire *
'Comical, romantic and well-observed' * Sainsbury's Magazine *
'Will have you chuckling until the last page' * Red *
'Lovely, heartwarming, immensely readable' * Jenny Colgan on LUCKY GIRL *
A fantastic debut. More than funny, it's true * Louise Bagshawe on BABYFACE *
'Enthralling. Gibsons original voice is at once comic and accurate * Adele Parks on BABYFACE *

Fiona Gibson is a freelance journalist who has written for many publications and was previously the editor of More! magazine. She is the mother of three small children, including twin boys, and lives in Lanarkshire.

GOR001174176
Mummy Said the F-Word by Fiona Gibson
Fiona Gibson
Used - Very Good
Paperback
Hodder & Stoughton General Division
2009-02-19
320
0340838353
9780340838358
N/A
Book picture is for illustrative purposes only, actual binding, cover or edition may vary.
This is a used book - there is no escaping the fact it has been read by someone else and it will show signs of wear and previous use. Overall we expect it to be in very good condition, but if you are not entirely satisfied please get in touch with us.