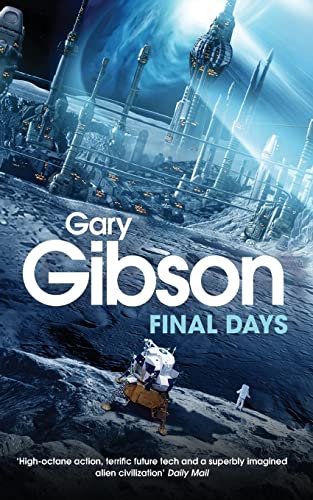 Used Price
£4.49
New RRP £13.99
Free Shipping in the UK
It's 2235 and through the advent of wormhole technology more than a dozen interstellar colonies have been linked to Earth.
Reviews:
Trustpilot
Very Good Good

But this new mode of transportation comes at a price and there are risks. Saul Dumont knows this better than anyone. He's still trying to cope with the loss of the wormhole link to the Galileo system, which has stranded him on Earth far from his wife and child for the past several years.

Only weeks away from the link with Galileo finally being re-established, he stumbles across a conspiracy to suppress the discovery of a second, alien network of wormholes which lead billions of years in the future. A covert expedition is sent to what is named Site 17 to investigate, but when an accident occurs and one of the expedition, Mitchell Stone, disappears - they realise that they are dealing with something far beyond their understanding.

When a second expedition travels via the wormholes to Earth in the near future of 2245 they discover a devastated, lifeless solar system - all except for one man, Mitchell Stone, recovered from an experimental cryogenics facility in the ruins of a lunar city.

..".a fast-paced and fun adventure filled with action, intrigue and sense of wonder that leaves the reader wanting more." --SFSignal.com

Gary Gibson, who has worked as a graphic designer and magazine editor in his home town of Glasgow, began writing at the age of fourteen. He lives in Glasgow and is currently working on the second book continuing the story from Final Days.

His previous novels include the Shoal series with Dakota Merrick: Stealing Light, Nova War and Empire of Light.

GOR004288327
Final Days by Gary Gibson
Gary Gibson
Final Days
Used - Very Good
Paperback
Pan Macmillan
2012-06-07
384
0330519697
9780330519694
N/A
Book picture is for illustrative purposes only, actual binding, cover or edition may vary.
This is a used book - there is no escaping the fact it has been read by someone else and it will show signs of wear and previous use. Overall we expect it to be in very good condition, but if you are not entirely satisfied please get in touch with us.