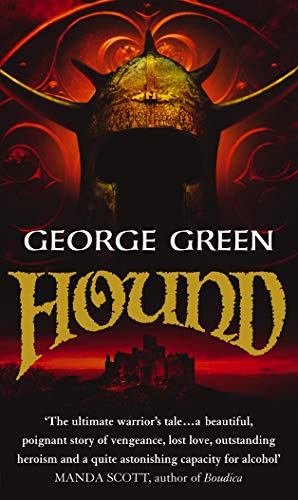 In Stock
£2.99
This is the tale of one man's journey from the heart of the Roman Empire to a distant, rough-hewn land where warriors delight equally in the sound of the sword and the song of the poet - a world where honour is more important than life itself.
Very Good
Only 3 left

This is the tale of one man's journey from the heart of the Roman Empire to a distant, rough-hewn land where warriors delight equally in the sound of the sword and the song of the poet - a world where honour is more important than life itself. This is Ireland, two thousand years ago. This is a time for Heroes, a time of battle, boasting, drinking and telling stories, a golden age when myth and history meet and mingle. The court of King Conor throngs with Heroes, but it is the boy Cuchullain, an outsider whose birth is shrouded in mystery, who will grow to be Ireland's greatest warrior. As he becomes a man, under the guidance of the long-suffering, somewhat curmudgeonly Leary, his friend, confidant, charioteer and narrator of this tale, Cuchullain's exploits become the stuff of legend. But, as the armies of the vengeful Queen Maeve gather at the gates of Emain Macha, Cuchullain must face both his greatest challenge and his dark Destiny... Retold as never before, this is a thrilling, timeless tale of heroism and friendship, of love and betrayal, of war and poetry. This is the story of Cuchullain, the Hound of Ulster.

George Green was born in Dublin in 1956 and brought up in Tipperary, where he lived in a house built on an ancient burial mound. After university he embarked on a career in sport and leisure in the hope that it would not be too difficult and help him meet girls. Ten years later he realized his mistake, took an MA in Creative Writing, began teaching and now works for the Department of English and Creative Writing at Lancaster University. Hound is his first novel.

GOR001147980
Hound by George Green
George Green
Used - Very Good
Paperback
Transworld Publishers Ltd
2004-08-02
560
0553815342
9780553815344
N/A
Book picture is for illustrative purposes only, actual binding, cover or edition may vary.
This is a used book - there is no escaping the fact it has been read by someone else and it will show signs of wear and previous use. Overall we expect it to be in very good condition, but if you are not entirely satisfied please get in touch with us.