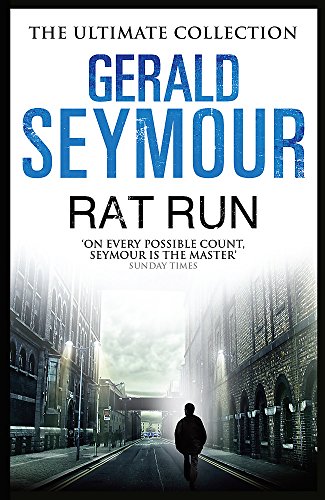 Used Price
£5.19
New RRP £8.99
Free Shipping in the UK
A breathtaking thriller from one of the modern masters of the craft.
Reviews:
Trustpilot
Very Good Good

Cowardice is a very dirty word. When Malachy Kitchen, an intelligence officer in Iraq, is accused of running away in the face of enemy fire, his career is left in tatters.

Kicked out of the amry, Malachy sinks into despair. He becomes an isolated recluse in a drug-infested London estate. But the mugging of an elderly widow by addicts draws him into a fight to regain his lost pride. His target is the network of narcotics traders.

Pushers, dealers and suppliers all form part of that network, and at their head is Ricky Capel, a crime baron responsible for importing hard drugs into the UK. Untouchable up to now, Capel will have to confront an enemy more driven than any of the policemen he has so far successfully outwitted...

On every possible count, Seymour is the master. * The Sunday Times *
[An] intricate thriller . . . Complex, human, tense, engaged and - in all ways - wonderful. Nobody can touch Gerald Seymour. * Kirkus (starred review) *

GOR007384243
Rat Run by Gerald Seymour
Gerald Seymour
Used - Very Good
Paperback
Hodder & Stoughton General Division
2014-12-18
448
1444760459
9781444760453
N/A
Book picture is for illustrative purposes only, actual binding, cover or edition may vary.
This is a used book - there is no escaping the fact it has been read by someone else and it will show signs of wear and previous use. Overall we expect it to be in very good condition, but if you are not entirely satisfied please get in touch with us.