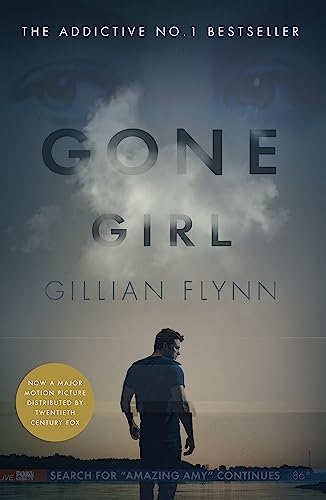 In Stock
£3.59
There are two sides to every story... The No.1 bestselling novel that everyone is talking about, GONE GIRL is now a major motion picture starring Ben Affleck and Rosamund Pike. Includes Reading Group Notes.
Very Good Good Well Read
90 in stock

THE ADDICTIVE No.1 BESTSELLER AND INTERNATIONAL PHENOMENON
OVER 20 MILLION COPIES SOLD WORLDWIDE

Who are you?
What have we done to each other?

These are the questions Nick Dunne finds himself asking on the morning of his fifth wedding anniversary, when his wife Amy suddenly disappears. The police suspect Nick. Amy's friends reveal that she was afraid of him, that she kept secrets from him. He swears it isn't true. A police examination of his computer shows strange searches. He says they weren't made by him. And then there are the persistent calls on his mobile phone. So what really did happen to Nick's beautiful wife?

GOR006114928
Gone Girl by Gillian Flynn
Gillian Flynn
Used - Very Good
Paperback
Orion Publishing Co
2014-09-09
512
1780228228
9781780228228
Winner of Specsavers National Book Awards: International Author of the Year 2013 (UK) Short-listed for Edgar Award for Best Novel 2013 (UK) Long-listed for IMPAC Dublin Literary Award 2013 (UK)
Book picture is for illustrative purposes only, actual binding, cover or edition may vary.
This is a used book - there is no escaping the fact it has been read by someone else and it will show signs of wear and previous use. Overall we expect it to be in very good condition, but if you are not entirely satisfied please get in touch with us.