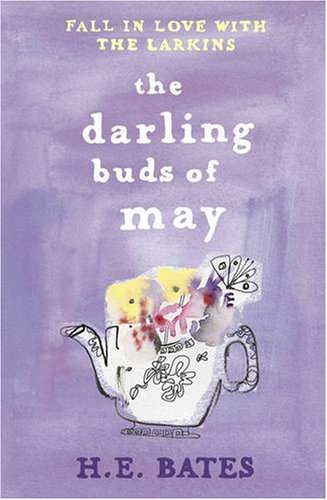 The Darling Buds of May
by H. E. Bates

In Stock
£3.99
Introducing the Larkins, a family with a place in popular mythology. Here they come, crashing their way through the English countryside in the wake of Pa, the quick-eyed, golden-hearted junk-dealer, and Ma, with a mouthful of crisps and a laugh like a jelly.
Very Good Good
Only 4 left

The Darling Buds of May Summary

`Home looks nice. Allus does though, don't it? Perfick'

And so the Larkins - Pop, Ma, Mariette, Zinnia, Petunia, Primrose, Victoria and Montgomery - return from an outing for fish and chips and ice cream one May evening. There, amid the rustic charms of home, they discover a visitor: one Cedric Charlton, Her Majesty's inspector of taxes.

Mr Charlton is visiting to find out why junk-dealer Pop hasn't paid his tax - but nothing's that simple at the Larkins. Mariette takes a shine to `Charley' - as Pop calls him - and before long the family have introduced the uncomplaining inspector to the delights of country living: the lusty scents of wild flowers, the pleasures of a bottle of Dragon's Blood, cold cream dribbled over a bowl of strawberries and hot, hot summer nights.

In fact, soon Charley can't see any reason to return to the office at all ...

The Darling Buds of May Reviews

They are absolute comfort books . . . All five titles are being rereleased just in time for summer * The Lady *

H. E. Bates was born in 1905 in Northamptonshire. He worked as a journalist and clerk on a local newspaper before publishing his first book, The Two Sisters, when he was twenty. In the next fifteen years he acquired a distinguished reputation for his stories about English country life. During the Second World War he was a Squadron Leader in the R.A.F. The Darling Buds of May, the first of the popular Larkin family novels, was followed by A Breath of French Air (1959), When the Green Woods Laugh (1960), Oh! To Be in England (1963). His works have been translated into sixteen languages. H. E. Bates was awarded the C.B.E. in 1973 and died in January 1974.

GOR000866952
The Darling Buds of May: Book 1 by H. E. Bates
H. E. Bates
The Larkin Family Series
Used - Very Good
Paperback
Penguin Books Ltd
1980-09-25
160
0140016023
9780140016024
N/A
Book picture is for illustrative purposes only, actual binding, cover or edition may vary.
This is a used book - there is no escaping the fact it has been read by someone else and it will show signs of wear and previous use. Overall we expect it to be in very good condition, but if you are not entirely satisfied please get in touch with us.