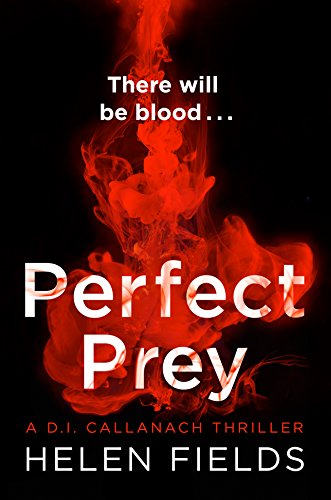 In Stock
£2.99
`Without doubt, this is one of the best detective series I have read.' Woman's Way Magazine

Your new addiction starts here: get hooked on the #1 bestselling series. Perfect for fans of Karin Slaughter and M.J. Arlidge.

`Without doubt, this is one of the best detective series I have read.' Woman's Way Magazine

Your new addiction starts here: get hooked on the #1 bestselling series. Perfect for fans of Karin Slaughter and M.J. Arlidge.

In the middle of a rock festival, a charity worker is sliced across the stomach. He dies minutes later. In a crowd of thousands, no one saw his attacker.

The following week, the body of a primary school teacher is found in a dumpster in an Edinburgh alley, strangled with her own woollen scarf.

D.I. Ava Turner and D.I. Luc Callanach have no leads and no motive - until around the city, graffitied on buildings, words appear describing each victim.

It's only when they realise the words are being written before rather than after the murders, that they understand the killer is announcing his next victim...and the more innocent the better.

`This is a twisty, turny read that forces you to concentrate as the plot truly thickens.' Woman's Way

`Fields is very good at creating an atmosphere and painting a picture with words that capture the imagination. There are plenty of twists and turns to keep the reader enthralled while the personal lives and characteristics of the central cast are tantalisingly explored over time. Perfect Remains was a good read and Fields set the bar very high for herself but if anything Perfect Prey is just as exciting, if not better.'Scotland Correspondent

`Must read! With nail-biting twists at every turn, [Perfect Remains] will have readers gripped from start to finish.' Closer

`Read it in two sittings. I literally had no choice. A fast and enthralling thriller, pitting a new, very human hero against one of the scariest psychos I've yet encountered in crime fiction.' Sunday Times bestseller, Paul Finch

`Without doubt, this is one of the best first detective series I have read.' Woman's Way Magazine

`Watch out Rebus, McRae and Perez there's a new detective in the running to become Scotland's fictional top cop...a real cracker of a page-turner that is truly difficult to put down.' Scotland Correspondent

Helen Fields studied law at the University of East Anglia, then went on to the Inns of Court School of Law in London. After completing her pupillage, she joined chambers in Middle Temple where she practised criminal and family law for thirteen years. After her second child was born, Helen left the Bar.

Together with her husband David, she runs a film production company, acting as script writer and producer. Perfect Remains is set in Scotland, where Helen feels most at one with the world. Helen and her husband now live in Los Angeles with their three children and two dogs.

GOR008563218
Perfect Prey (A DI Callanach Thriller, Book 2) by Helen Fields
Helen Fields
A DI Callanach Thriller
Used - Very Good
Paperback
HarperCollins Publishers
2017-07-27
464
0008181586
9780008181581
N/A
Book picture is for illustrative purposes only, actual binding, cover or edition may vary.
This is a used book - there is no escaping the fact it has been read by someone else and it will show signs of wear and previous use. Overall we expect it to be in very good condition, but if you are not entirely satisfied please get in touch with us.