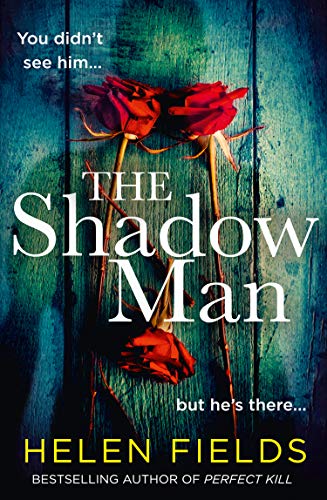 The Shadow Man
by Helen Fields

The brand new crime thriller from the bestselling author of the Perfect series - Helen Fields is back with her first stand-alone novel!

He collects his victims. But he doesn't keep them safe.

The Shadow Man by Helen Fields

The brand new crime thriller from the bestselling author of the Perfect series - Helen Fields is back with her first stand-alone novel!

He collects his victims. But he doesn't keep them safe.

Elspeth, Meggy and Xavier are locked in a flat. They don't know where they are, and they don't know why they're there. They only know that the shadow man has taken them, and he won't let them go.

Desperate to escape, the three of them must find a way out of their living hell, even if it means uncovering a very dark truth.

Because the shadow man isn't a nightmare. He's all too real.

Helen Fields is back with a heart-pounding new book, perfect for fans of Cara Hunter and Stuart MacBride.

PRAISE FOR THE SHADOW MAN

'A gripping thriller with one of the creepiest and most fascinating villains I've ever read!' ROZ WATKINS

'Helen Fields knows it out of the park with The Shadow Man. From the creep-you-out opening to the last staggering page, this one just refuses to let go. Simply brilliant.' NEIL BROADFOOT

'The Shadow Man is so chilling. With a dark, compelling plot and brilliantly drawn characters, you will be hooked from the first page...' DEBBIE HOWELLS

'The Shadow Man is a terrifying police-procedural packed with suspense and a killer from your worst nightmares. A truly unique protagonist pitted against a chilling killer, it was hard to put this book down until the very end. I can't wait to read more from this series.' VICKI BRADLEY

'Watch out Rebus, McRae and Perez there's a new detective in the running to become Scotland's fictional top cop...a real cracker of a page-turner that is truly difficult to put down.' Scotland Correspondent

'Compelling, breathtaking and a tense ride from that unbelievable opening scene right to the last word. Brilliant!' Angela Marsons

'Deliciously dark and gritty, Perfect Silence will glue your fingers to the page and make the hairs stand on the back of your neck. Another winner from the hugely talented Helen Fields.' Caroline Mitchell

'A tightly plotted tale of obsession and manipulation.' Woman

'Must read! With nail-biting twists at every turn, [Perfect Remains] will have readers gripped from start to finish.' Closer

Helen Fields studied law at the University of East Anglia, then went on to the Inns of Court School of Law in London. After completing her pupillage, she joined chambers in Middle Temple where she practised criminal and family law for thirteen years. After her second child was born, Helen left the Bar.

Together with her husband David, she runs a film production company, acting as script writer and producer. Perfect Remains is set in Scotland, where Helen feels most at one with the world. Helen and her husband now live in Los Angeles with their three children and two dogs.