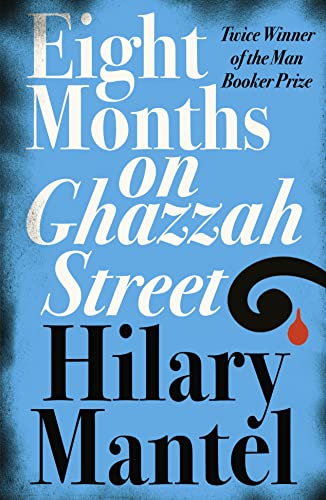 From the two-time Man Booker Prize winner author of Wolf Hall, Bring Up the Bodies and The Mirror & the Light, a prescient and haunting novel of life in Saudi Arabia.

From the two-time Man Booker Prize winner author of Wolf Hall, Bring Up the Bodies and The Mirror & the Light, a prescient and haunting novel of life in Saudi Arabia.

Frances Shore is a cartographer by trade, a maker of maps, but when her husband's work takes her to Saudi Arabia she finds herself unable to map the Kingdom's areas of internal darkness. The regime is corrupt and harsh, the expatriates are hard-drinking money-grubbers, and her Muslim neighbours are secretive, watchful. The streets are not a woman's territory; confined in her flat, she finds her sense of self begin to dissolve. She hears whispers, sounds of distress from the 'empty' flat above her head. She has only rumours, no facts to hang on to, and no one with whom to share her creeping unease. As her days empty of certainty and purpose, her life becomes a blank - waiting to be filled by violence and disaster.

'Horrifyingly gripping. It urges the reader to suspend normal life entirely until the book is read.' Grace Ingoldby, Sunday Times

'A peculiar fear emanates from this narrative: I dread to think what it did to the writer herself.' Anita Brookner, Spectator

'A Middle Eastern Turn of the Screw with an insidious power to grip.' Robert Irwin, Time Out

GOR001410072
Eight Months on Ghazzah Street by Hilary Mantel
Hilary Mantel
Used - Very Good
Paperback
HarperCollins Publishers
2004-05-01
320
0007172915
9780007172917
N/A
Book picture is for illustrative purposes only, actual binding, cover or edition may vary.
This is a used book - there is no escaping the fact it has been read by someone else and it will show signs of wear and previous use. Overall we expect it to be in very good condition, but if you are not entirely satisfied please get in touch with us.