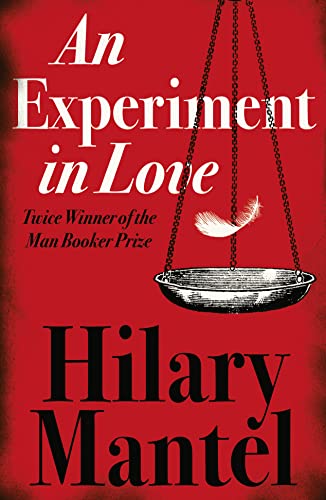 An Experiment in Love
by Hilary Mantel

Following 'A Change in Climate', this brilliant novel from the double Man Booker prize-winning author of 'Wolf Hall' is a coming-of-age tale set in Seventies London.

An Experiment in Love Summary

An Experiment in Love by Hilary Mantel

Following 'A Change in Climate', this brilliant novel from the double Man Booker prize-winning author of 'Wolf Hall' is a coming-of-age tale set in Seventies London.

It is London, 1970. Carmel McBain, in her first term at university, has cut free of her childhood roots in the north. Among the gossiping, flirtatious girls of Tonbridge Hall, she begins her experiments in life and love. But the year turns. The mini-skirt falls out of style and an era of concealment begins. Carmel's world darkens, and tragedy waits in the wings.

Customer Reviews - An Experiment in Love

An Experiment in Love Reviews

'The most powerful of her novels, a near-faultless masterpiece of pathos, observation and feeling ... She writes like an angel.' Sunday Telegraph

'Hilary Mantel is a wonderfully unsurprised dissector of human motivation, and in An Experiment in Love she has written a bleak tale seamed with crackling wit.' Helen Dunmore, Observer

'Funny, tragic and wondefully perceptive, this is a book to be treasured, for the sheer quality of its writing and for its honesty.' Independent

'Mantel writes prose of imperturbable aplomp, crisp with irony and highlighted with deftly places, elegantly surprising images ... she has a penchant for caustic, spiky heroines and a sardonic ear for dialogue.' Sunday Times

'My favourite novel of the year: An Experiment in Love is written with subtle perceptiveness, sharp wit and canny wisdom' Margaret Forster, Independent

'The time is 1970, and it is wonderfully well evoked ... The skill with which Mantel manages her time-shifts, the precision of her writing, the acuteness of her observations, the seriousness of her themes, and the way in which she weaves them into a coherant whole, make this an unusually satisfying novel.' Allan Massie, Scotsman

'An Experiment in Love has much to say about its turbulant era, and is replete with the atmosphere of the cusp, with the prospect of irreversible change ... It is also a profoundly sad novel, to which Mantel's liberal sense of comedy and dazzling acuity for metaphor add an almost excruciating flavour.' Rachel Cusk, The Times

GOR001424944
An Experiment in Love by Hilary Mantel
Hilary Mantel
Used - Very Good
Paperback
HarperCollins Publishers
2004-05-01
272
0007172885
9780007172887
N/A
Book picture is for illustrative purposes only, actual binding, cover or edition may vary.
This is a used book - there is no escaping the fact it has been read by someone else and it will show signs of wear and previous use. Overall we expect it to be in very good condition, but if you are not entirely satisfied please get in touch with us.