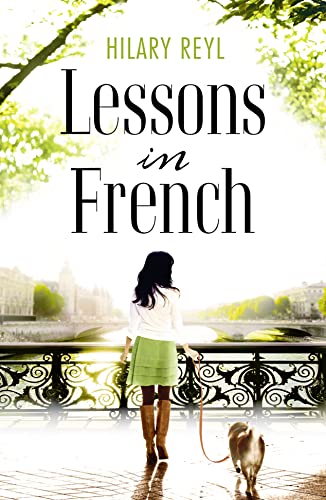 Lessons in French
by Hilary Reyl

A delicious coming-of-age tale set in the most romantic city on earth.

Lessons in French by Hilary Reyl

A delicious coming-of-age tale set in the most romantic city on earth.

On the cusp of the nineties just as the Berlin Wall is falling, Kate is about to pursue her dream and become an artist. But she's just graduated from Yale and when an intriguing job offer comes her way, to work as the assistant to Lydia Schell, a famous American photographer in Paris, she cannot say no. She will get to live in Paris again! And Kate has not been back to France since she was a lonely nine-year-old girl, sent to the outskirts of Paris to live with cousins while her father was dying.

Kate may speak fluent French, but she arrives at the Schell household in the fashionable Sixth Arrondissement both dazzled and wildly impressionable. She is immediately engrossed in the creative fever of the city and surrounded by a seductive cast of characters. Amidst the glamorous, famous and pretentious circle that she now finds herself a part of Kate tries to fit in. But as she falls in love with Paris all over again, she begins to question the kindness of the people to whom she is so drawn as well as her own motives for wanting them to love her.

A compelling and delightful portrait of a precocious, ambitious young woman struggling to define herself in a city a million miles from home amidst a new life that is spiralling out of control. Lessons in French is at once a love letter to Paris and the story of a young woman finding herself, her moral compass, and, finally, her true family.

`Kate's lessons are hard-won and often risky - and yet we believe and fully root for her from page one. An affecting and intelligently drawn debut.' Paula McLain, author of The Paris Wife

`French literature scholar Reyl's first novel is rich and magnetic, a snapshot of one young woman's life in a city at once ancient and bubbling over with life' BOOKLIST

`A bittersweet tale of personal growth and a paean (well deserved!) to Paris. Having lived there, Reyl should light up the City of Light' LIBRARY JOURNAL

Hilary Reyl has a PhD in French literature from NYU with a
focus on the nineteenth century, and has spent several years working and studying in France. She lives in New York City with her family. Lessons in French is her first novel.

GOR004745615
Lessons in French by Hilary Reyl
Hilary Reyl
Used - Very Good
Paperback
HarperCollins Publishers
2013-04-09
352
0007446268
9780007446261
N/A
Book picture is for illustrative purposes only, actual binding, cover or edition may vary.
This is a used book - there is no escaping the fact it has been read by someone else and it will show signs of wear and previous use. Overall we expect it to be in very good condition, but if you are not entirely satisfied please get in touch with us.