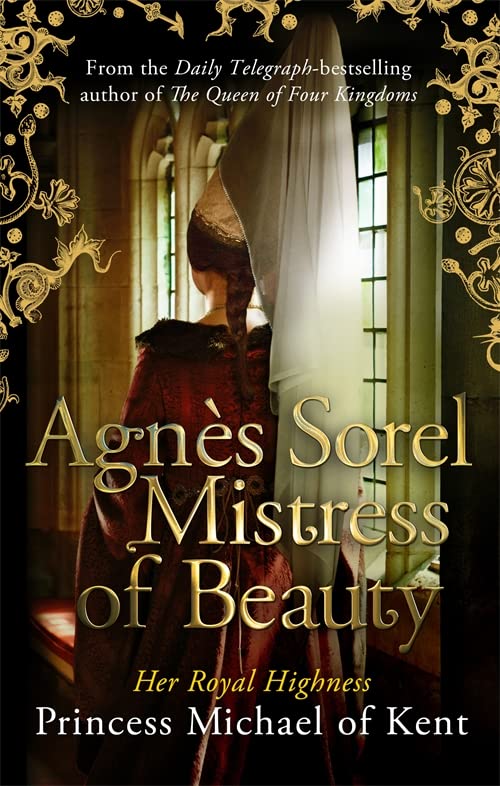 From HRH Princess Michael of Kent, bestselling author of The Queen of Four Kingdoms, comes the extraordinary second volume in the Anjou trilogy.

Yolande, the Queen of Four Kingdoms is dead. Agnes Sorel, beautiful, innocent, twenty years old, had arrived a year earlier with the court of Yolande's son, Rene D'Anjou, and remained with his mother at her request, knowing how much the King of France, her dissolute son-in-law Charles VII, would need wise guidance.

As a trusted confidant of Yolande, Agnes captivates everyone she meets, and in her role as a demoiselle to Rene's wife, Isabelle of Lorraine, Agnes finds herself firmly ensconced in the royal court. Soon though, whispers at court regarding Charles's burgeoning feelings for her begin to grow, and despite her best efforts to resist, Agnes is alarmed to discover that she too is in love.

Plagued by guilt but unable to deny her feelings for the King, Agnes is forced to choose between her love for Charles, and her duty to herself . . .

Praise for The Queen of Four Kingdoms:

'Takes the reader to the heart of this glamorous, dangerous world, and holds them spellbound. I loved it.' Julian Fellowes

This book is a must for lovers of historical fiction -- Alison Weir
...part two of [Princess Michael's] historical trilogy set in the courts of 15th-century France is equally compelling * Hello! *
HRH Princess Michael of Kent brings alive the story of Agnes Sorel, a trusted confidant of the deceased Queen Yolande * The Kensington Magazine *

About HRH Princess Michael of Kent

Her Royal Highness Princess Michael of Kent is the author of three previous books: The Serpent and the Moon: Two Rivals for the Love of a Renaissance King, Crowned in a Far Country: Portraits of Eight Royal Brides and Cupid and the King: Five Royal Paramours.

For more than twenty five years, the Princess has pursued a successful career lecturing on historical topics. She lives with her husband, Prince Michael of Kent, in Kensington Palace in London.

GOR006510764
Agnes Sorel: Mistress of Beauty by HRH Princess Michael of Kent
HRH Princess Michael of Kent
Used - Very Good
Paperback
Little, Brown Book Group
2015-03-05
304
1472119053
9781472119056
N/A
Book picture is for illustrative purposes only, actual binding, cover or edition may vary.
This is a used book - there is no escaping the fact it has been read by someone else and it will show signs of wear and previous use. Overall we expect it to be in very good condition, but if you are not entirely satisfied please get in touch with us.