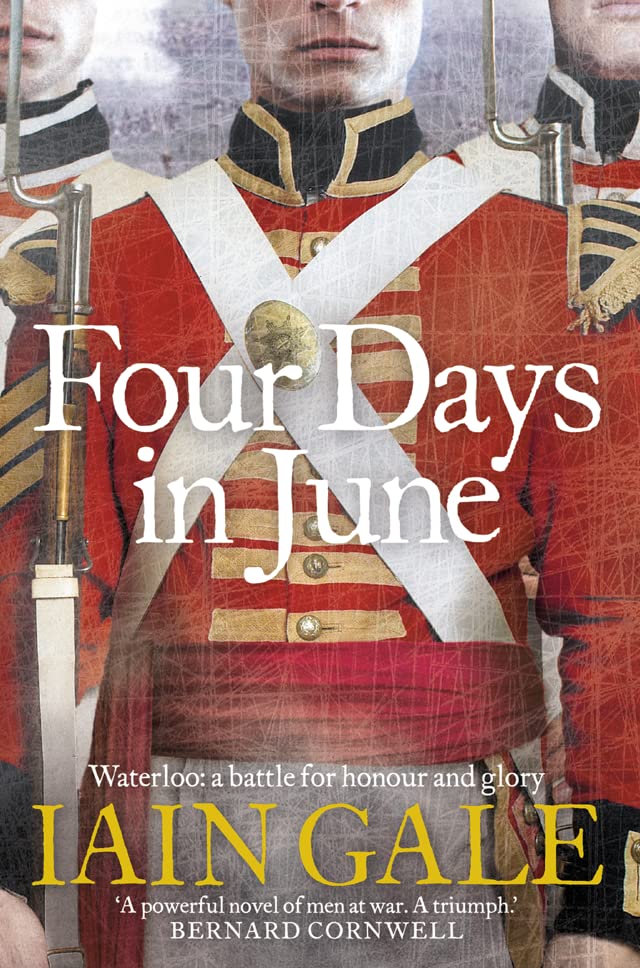 A remarkable debut novel, `Four Days in June' is an imaginative but accurate reconstruction of five men - all real figures - five points of view, and four days of one of the world's most famous battles.

A remarkable debut novel, `Four Days in June' is an imaginative but accurate reconstruction of five men - all real figures - five points of view, and four days of one of the world's most famous battles.

Four days in June, 1815. Five men, three armies, on the fields of Waterloo. A battle for honour, glory, civilisation. And two great leaders, Napoleon and Wellington, in direct confrontation for the first time, to take their nations to victory.

General De Lancey, Wellington's new Quartermaster-General, recently married and yearning for his beautiful wife. Colonel MacDonnell, a Scot who must hold his post to the last man. General Ziethen of the Prussian army, distrustful of the British but vital to their cause. Marshall Ney, mistrusted by Napoleon but revered by the French soldiers. And Napoleon, who must prove his worth as a great warrior for the glory of France.

As the battle develops over the four days, it is seen through the very different positions and characters of the front men. From the eve of the battle to its bloody conclusion, there is defiance, desperation and great courage on both sides. Iain Gale, in his first novel, draws the scene, the devastation, the stench of war, with such vitality that, though the outcome is known, the tension of war comes vividly to life.

'A powerful novel of men at war. A triumph.' Bernard Cornwell

'A debut novel to treasure...brilliantly evoking the horrors and excitements of war' Publishing News

`A treat for every history buff, and a vivid picture of men at war.' Scotland on Sunday

Iain Gale has strong Scottish and military roots. He is editor of the magazine of the National Trust for Scotland and lives in Edinburgh with his family.

GOR001141020
Four Days in June by Iain Gale
Iain Gale
Used - Very Good
Paperback
HarperCollins Publishers
2007-06-01
288
0007201044
9780007201044
N/A
Book picture is for illustrative purposes only, actual binding, cover or edition may vary.
This is a used book - there is no escaping the fact it has been read by someone else and it will show signs of wear and previous use. Overall we expect it to be in very good condition, but if you are not entirely satisfied please get in touch with us.