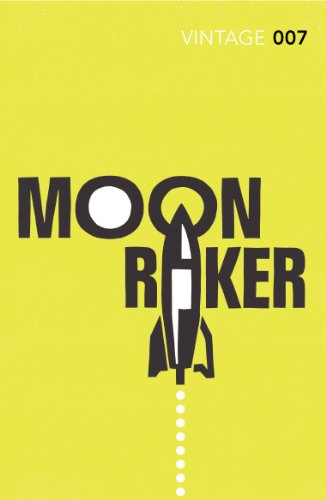 Used Price
£5.49
New RRP £9.99
Free Shipping in the UK
WITH A NEW INTRODUCTION BY SUSAN HILL`For several minutes he stood speechless, his eyes dazzled by the terrible beauty of the greatest weapon on earth'He's a self-made millionaire, head of the Moonraker rocket programme and loved by the press.
Reviews:
Trustpilot
Like New Very Good Good

WITH A NEW INTRODUCTION BY SUSAN HILL `For several minutes he stood speechless, his eyes dazzled by the terrible beauty of the greatest weapon on earth' He's a self-made millionaire, head of the Moonraker rocket programme and loved by the press. So why is Sir Hugo Drax cheating at cards? Bond has just five days to uncover the sinister truth behind a national hero, in Ian Fleming's third 007 adventure.

"Irresistibly readable" * Observer *
"Fleming is splendid; he stops at nothing" * New Statesman *
"I don't know anyone who writes about gambling more vividly than Fleming" * New York Times *
"A series of blood-curding and incredible excitements...I couldn't put the book down until it was finished" * Telegraph *
"One of the most accomplished of thriller-writers... Moonraker is as mercilessly readable as all the rest" * Listener *

GOR008395554
Moonraker by Ian Fleming
Ian Fleming
James Bond 007
Used - Like New
Paperback
Vintage Publishing
2012-09-03
352
0099576872
9780099576877
N/A
Book picture is for illustrative purposes only, actual binding, cover or edition may vary.
The book has been read, but looks new. The book cover has no visible wear, and the dust jacket is included if applicable. No missing or damaged pages, no tears, possible very minimal creasing, no underlining or highlighting of text, and no writing in the margins.