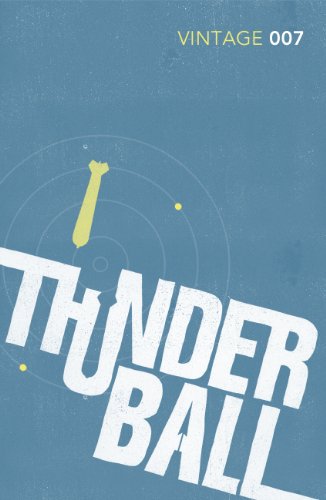 Used Price
£4.79
New RRP £9.99
Free Shipping in the UK
`He was one of those men - one meets perhaps only two or three in a lifetime - who seem almost to suck the eyes out of your head. He was their Supreme Commander - almost their god'SPECTRE is a merciless new enemy - a group of the world's toughest criminals, headed by the brilliant Ernst Stavro Blofeld.
Reviews:
Trustpilot
Very Good Good

`He was one of those men - one meets perhaps only two or three in a lifetime - who seem almost to suck the eyes out of your head. He was their Supreme Commander - almost their god' SPECTRE is a merciless new enemy - a group of the world's toughest criminals, headed by the brilliant Ernst Stavro Blofeld. When two NATO atom bombs go missing, Bond must unravel SPECTRE's intricate plans and prevent a global catastrophe, in Fleming's ninth 007 adventure.

"A sensational imagination, informed by style, zest and above all knowledge" * Sunday Times *
"Good living, sex and violent action...a highly polished performance, an ingenious plotand plenty of excitement" * Times Literary Supplement *
"If you wish to steal atom bombs, this is how you should do it! Fleming's mastery of detail enables the reader to suspend disbelief" * Sunday Telegraph *
"A mystery story, a thriller, a chiller, and a pleasure to read" * New York Times *