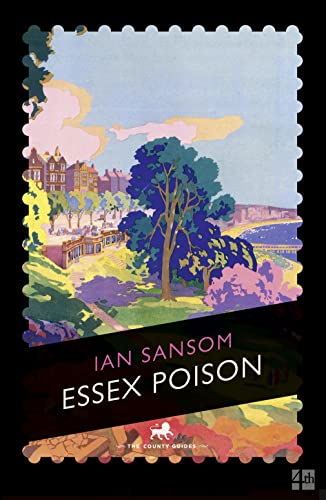 October 1937. Swanton Morley, the People's Professor, sets off to Essex to continue his history of England, The County Guides. Morley's daughter Miriam continues to cause chaos and his assistant Stephen Sefton continues to slide deeper into depression and despair.

Morley is an honorary guest at the Colchester Oyster Festival. But when the mayor dies suddenly at the civic reception suspicion falls on his fellow councillors. Is it a case of food poisoning? Or could it be ... murder?

Join Morley, Miriam and Sefton on another journey into the dark heart of England.

Praise for Death in Devon:

`Much recommended for a frolicsome read' Country Life Magazine

`The magnificent Morley is very good company, and Sansom has a lovely way with a mind-bending puzzle ... superbly entertaining' The Times

`The team first appeared in The Norfolk Mystery and it is largely a pleasure to encounter them again ... Cheerily old-fashioned' Times Literary Supplement

Praise for The Norfolk Mystery:

IAN SANSOM is the author of Paper: An Elegy and the Mobile Library Mystery series of novels. He is also a frequent contributor to the Guardian and the London Review of Books, and a regular broadcaster on BBC Radio 3 and Radio 4. Essex Poison is the third in his County Guide series, following The Norfolk Mystery, Death in Devon and Westmorland Alone.

GOR009057736
Essex Poison by Ian Sansom
Ian Sansom
Used - Like New
Paperback
HarperCollins Publishers
2018-01-11
304
0008147086
9780008147082
N/A
Book picture is for illustrative purposes only, actual binding, cover or edition may vary.
This is a used book - there is no escaping the fact it has been read by someone else and it will show signs of wear and previous use. Overall we expect it to be in very good condition, but if you are not entirely satisfied please get in touch with us.